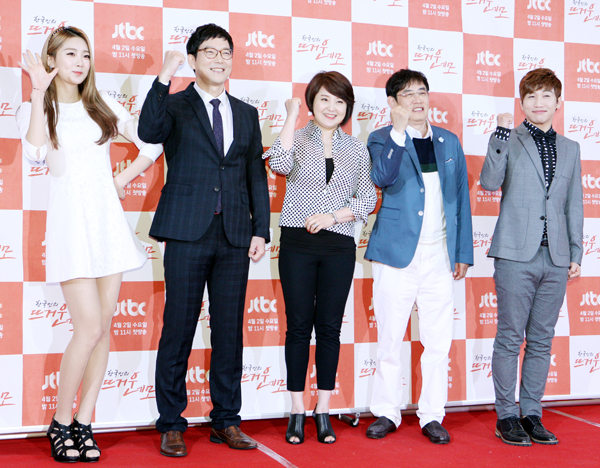 “We’ve tried hard to recruit Lee to JTBC,” said chief producer Yeo Woon-hyuk during the press conference at Hoam Art Hall in central Seoul. “Our new show will mainly talk about every little thing that happens in the society, featuring the up-to-date trends that captivate today’s Koreans.”

Aside from Lee, comedian Yoo Se-yoon will co-host the show, along with several other professionals from different sectors. Professor Whang Sang-min of Yonsei University and Ham Yik-byeong, a celebrity dermatologist, have also joined the team.

Yeo and Lee, both veterans in the television industry, have worked for more than two decades together on various entertainment shows, including MBC’s “Sunday Night.” Since 2011, the producer has been in charge of the JTBC entertainment department and produced “Ssul Jeon: War of Words.”

The first episode will air at 11 p.m. tonight.