Through April 19: The Sheraton Seoul D Cube City Hotel has invited two guest chefs from Beijing to present authentic Cantonese dishes for “China@Feast” at its all-dining buffet restaurant Feast, which is located on the 41st floor. Guests can enjoy Chinese dishes familiar to Koreans, such as kung pao chicken, mapo tofu, and sweet and sour pork with pineapple. A wide range of Chinese dishes are prepared, from appetizers, salads, soups, hot and main dishes to Chinese desserts that will delight the guests. Guests can enjoy authentic Chinese dimsum at the dimsum station. Moreover, the Chinese chefs have prepared hand-pulled noodles.

There are also special menus like stir-fried shrimp with berry dip, mixed green beans with diced garlic and more. 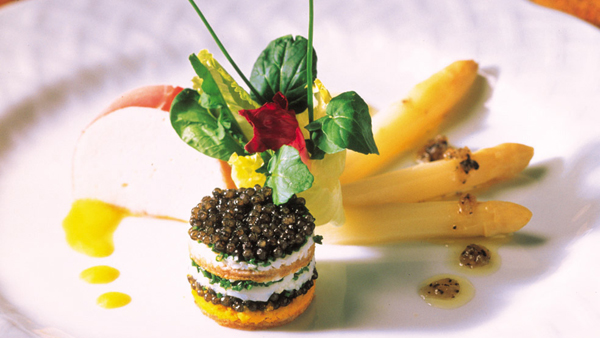 Through April 31: Seasons, the Millennium Seoul Hilton’s French restaurant, offers a promotion featuring seasonal Korean caviar. Caviar is the salted roe of sturgeon or other varieties of fish usually found in the cold waters of the Caspian and Black seas. However, few people know that Korea is one of the world’s top producers of caviar, accounting for about 10 percent of the market. Using sturgeon imported from Russia, the caviar produced in Korea is of very good quality. Executive Chef Park Hyo-nam will serve a multicourse dinner menu that is all about caviar, priced at 150,000 won per person. Taxes and service charges are included in the price.

Ongoing: The Paris Grill is offering a promotional brunch with champagnes by Moet & Chandon.

Among the offerings are grilled meat and seafood prepared on a charcoal grill. Guest can also stop by the pasta station, where a chef will create custom-made dishes of spaghetti or linguine, and there is an endless array of desserts. And complementing it all is a glass of Moet & Chandon champagne with each brunch. 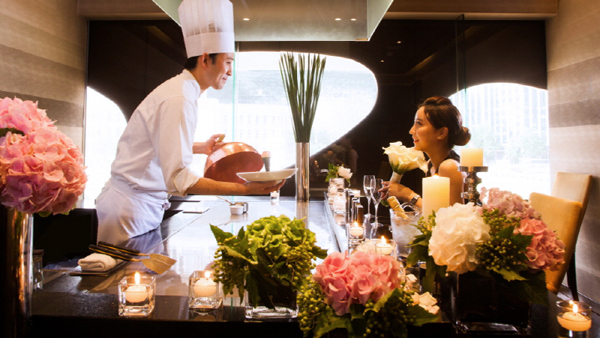 Through Dec. 14: The Plaza Hotel Seoul introduces a restaurant event “It’s Your Day” for couples and families who want to celebrate a memorable occasion.

Guests can choose among Chinese, Japanese or Italian offerings, all of which come with sparkling wine, the chef’s special desserts, a sensual flower decoration, romantic music, photos of the evening and more.

The wine and desserts included in the program are especially elegant.

The program offers Banfi Rosa Regale Brachetto d’Acqui, a fantastic sparkling wine said to have been used by the Roman emperor Julius Caesar to win the heart of Cleopatra.

The price varies from 480,000 won to 520,000 won for two, inclusive of taxes and service charges, based on the choice of the restaurant.

Reservations are a must.