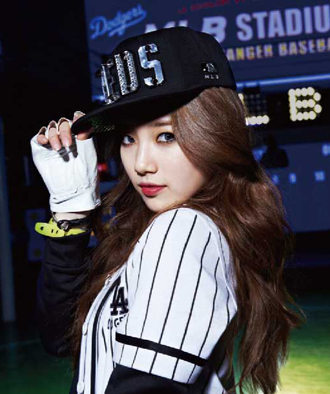 Bae Su-ji, better known as Suzy of the girl group Miss A, will head to Los Angeles in May to throw the opening pitch of a Dodgers game featuring pitcher Ryu Hyun-jin.

“Suzy will throw the first pitch for the May 27 game when the LA Dodgers play the Cincinnati Reds,” said her agency, JYP Entertainment, on Tuesday.

Suzy and Ryu Hyun-jin appeared on the SBS entertainment show “Running Man” in November. In the episode, Ryu taught Suzy how to swing a bat properly.

Suzy is not the first K-pop idol to step into Dodger Stadium. Last year, three members of Girls’ Generation - Tae-yeon, Tiffany and Sunny - visited the stadium to support both Ryu and Choo Shin-soo, who was then playing for the Cincinnati Reds.

As for Ryu, he started this year’s Major League season with one win and no losses in his first two games. On Sunday he kept the San Diego Padres scoreless for seven innings with seven strikeouts, but the Dodgers lost 3-1.