Back surgery forces Woods out of the Masters

Back surgery forces Woods out of the Masters 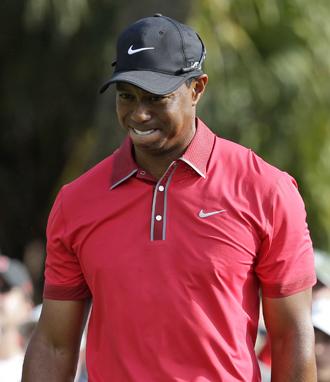 Tiger Woods announced on Tuesday he would miss next week’s Masters after undergoing back surgery for a pinched nerve that has troubled him for months.

The world No. 1 pulled out of his traditional Masters warm-up event in Florida last month and released a statement on his website on Tuesday saying he was withdrawing from the first major of 2014, which starts next Thursday at Augusta National.

“After attempting to get ready for the Masters, and failing to make the necessary progress, I decided, in consultation with my doctors, to have this procedure done,” said Woods.

“I’d like to express my disappointment to the Augusta National membership, staff, volunteers and patrons that I will not be at the Masters.

“It’s a week that’s very special to me. It also looks like I’ll be forced to miss several upcoming tournaments to focus on my rehabilitation and getting healthy.”

He has skipped two British Opens, one U.S. Open and one PGA Championship since 2008 because of injury, and the 38-year-old has been plagued by painful back problems since last year that have worsened over the past month.

He failed to finish the Honda Classic at Palm Beach Gardens in early March, quitting after 13 holes in the final round.

Then he tweaked his back again on the last day at the WGC-Cadillac Championship in Miami a week later, tumbling out of contention with a final-round 78 to finish tied for 25th.

“This is frustrating, but it’s something my doctors advised me to do for my immediate and long-term health,” said Woods, who has not won a major since the 2008 U.S. Open.

Woods said he would begin intensive rehabilitation and soft-tissue treatment within the next week and expected to start chipping and putting in about three weeks, as long as his recovery goes according to plan.

He said he risked further injury had he kept playing because of the repetitive motion from golf, but there should be no long-lasting effects from the surgery and he hopes to resume playing by the middle of the year.

The next major after the Masters is the U.S. Open at Pinehurst, North Carolina, in mid-June.