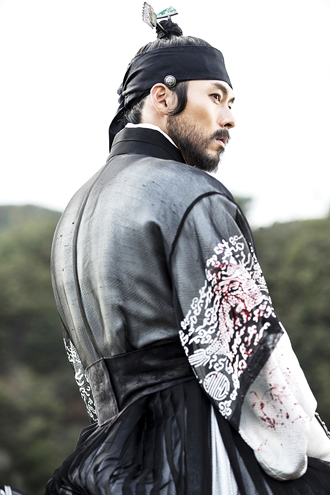 Hyun Bin plays Jeongjo, the 22nd ruler of the Joseon Dynasty, in “The Fatal Encounter.” Provided by Lotte Entertainment

Historical costume dramas, especially those set during the Joseon Dynasty (1392-1910), have been beloved by Korean moviegoers in recent years, with films like “Masquerade” (2012) and “The Face Reader” (2013) turning into mega-hits.

The producers of the new period movie “The Fatal Encounter” are hoping the trend will continue, as they tell the story of King Jeongjo, the 22nd ruler of Joseon. One factor they have in their favor is the Korean heartthrob Hyun Bin, returning to the screen for the first time since finishing his military service.

“I was half nervous and half excited to be back after three years and be in the situation that I so badly yearned for,” said the 31-year-old actor at a press conference at Lotte Cinema in Gwangjin, eastern Seoul, on Wednesday.

King Jeongjo came to the throne after his father, Crown Prince Sado, was killed by his own father. “The Fatal Encounter” depicts the 24 hours surrounding an assassination attempt on Jeongjo that happened in his second year of reign.

Within those 24 hours, the film explores the intense power struggles inside and outside the royal family, including with Jeongjo’s step-grandmother, Queen Jeongsun, who is being played by Han Ji-min, taking up a villain role for the first time.

“Rather than showing a precise reflection of historical facts, I wanted to show who Jeongjo was as a person,” said director Lee Jae-kyoo. “Under such dreadful circumstances, I wanted to show how Jeongjo maintains his place as king, hoping for a brighter future.”

That personal focus was why Hyun was cast as Jeongjo. Lee said he thought the softness and powerful masculinity that coexist in Hyun were similar to his conception of the king. 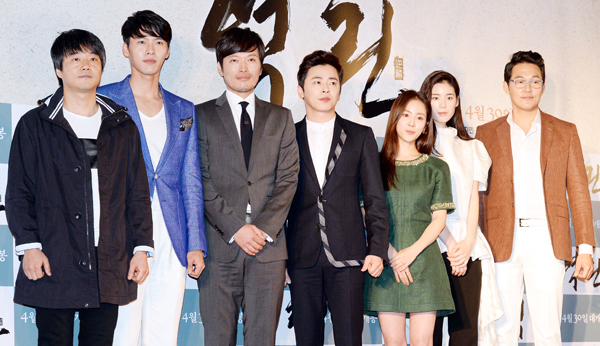 The story of King Jeongjo is widely known and has been addressed many times over the years in different media, but Hyun wanted to concentrate on “the most dynamic side of Jeongjo.”

“I didn’t look at other productions about Jeongjo on purpose,” said Hyun. “But I think this will be the busiest of all because he had to survive for his own sake and to protect those around him.”

A short teaser for the film that has already appeared online impressed people with shots of Hyun’s muscular back.

Hyun said that a single description written in the script made him work on his physique.

“I thought an ordinary king wouldn’t have such a muscular body. However, in the script there was a line about ‘Jeongjo doing push-ups, delicate muscles on his back, just perfect.’ As soon as I read it, I started working out and controlling my diet,” he said.

The film is scheduled to hit local theaters on April 30.