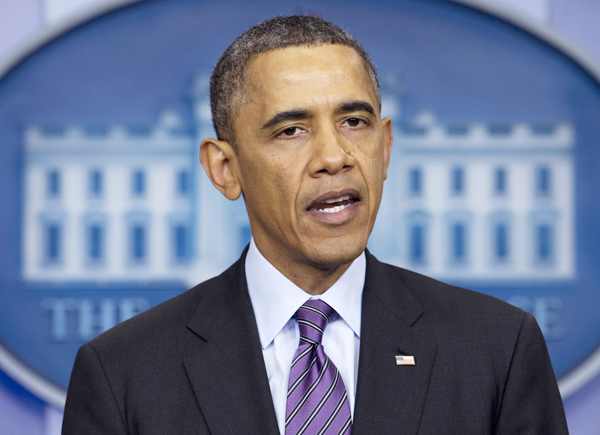 Thanks to persistent diplomatic efforts by Japan, U.S. President Barack Obama is expected to make a full three-day state visit to Tokyo, one day more than expected, on his trip to Asia later this month, according to multiple diplomatic sources.

The Blue House confirmed yesterday that Obama will stick to a shorter overnight visit to Seoul.

Japan had been pushing for a three-day state visit in Obama’s April itinerary in Asia, but when Washington in February put a visit to Seoul on the agenda, it appeared as though he would divide his time equally between the two nations, with two-day, one-night stops.

“The Japanese government has engaged in all-out diplomatic efforts over the past two months to clinch the first state visit by a U.S. president in 18 years,” said one diplomatic source. “As a result, it earned the White House’s heart.”

Obama is expected to visit Korea from April 25 to 26, according to Japanese and Korean media, following his three-day stopover in Japan from April 23. An official state visit to Japan includes a meeting and dinner with Japanese Prime Minister Shinzo Abe, as well as a banquet hosted by the Japanese emperor, which requires at least a two-night stay.

Blue House spokesman Min Kyung-wook did not confirm Obama’s arrival date or itinerary yesterday, though he confirmed the U.S. president’s visit to Seoul would be over a day and a half.

“The two countries will jointly announce President Obama’s schedule at the appropriate time,” the Korean Foreign Ministry spokesman said yesterday at a briefing.

Abe’s visit to the controversial Yasukuni Shrine in late December earned not only strong backlash from Seoul but a rare expression of “disappointment” from the U.S. government.

In February, the White House announced Obama would travel to Japan, South Korea, Malaysia and the Philippines in late April as a part of his “pivot to Asia.”

This followed a last-minute cancellation of Obama’s tour to Southeast Asia in October after the federal government shutdown. A visit to Korea was not originally included in his trip. However, Seoul conveyed its concerns in light of the Japanese government’s extremist tendencies and its denial of its wartime history.

But since then, Japan’s diplomacy measures entered full force and were highlighted by Prime Minister Abe stating for the first time at an upper house budget committee meeting on March 14 that he would uphold the 1993 Kono Statement, which effectively apologized for the Japanese Imperial Army’s forceful recruitment of women into military brothels during World War II.

Japan, on March 18, imposed sanctions on Russia over the crisis in Crimea, as it voted to secede from Ukraine in a move that backs U.S. measures. Shortly afterward, the Washington-initiated trilateral summit with President Park Geun-hye, Abe and Obama was announced.

This will mark Obama’s fourth trip to Korea since his inauguration as president in 2009. President Park extended an invitation to Obama during their summit last May in Washington.

On Tuesday, Japan announced its decision to ease a nearly 50-year-old self-imposed ban on arms exports, which enables the country to access new arms technology and work with the United States and other allies to develop weapons.

The diplomatic source also said that during Obama’s trip, Japan may make concessions pertaining to the Trans-Pacific Partnership (TPP) and other issues.

Chief envoys of the six-party talks of South Korea, the United States and Japan are scheduled to hold a three-nation meeting in Washington next week, which was planned at the trilateral meeting with Park, Obama and Abe in The Hague last week.

They are expected to discuss ways to revive the long-stalled six-party talks that also include North Korea, China and Russia.

South Korea will be led by a new chief envoy to the six-party talks, Hwang Joon-kook, the ambassador in charge of negotiations for the Korea-U.S. defense cost-sharing pact.

The Ministry of Foreign Affairs yesterday announced that Hwang replaced the position left vacant by Cho Tae-yong, who was promoted to first vice foreign minister in February.