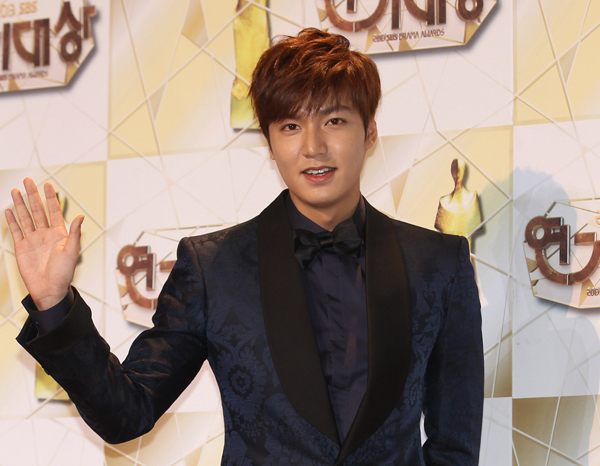 Actor Lee Min-ho met with President Park Geun-hye yesterday at the third conference of the Presidential Committee for Cultural Enrichment, which looks at issues related to developing Korea’s cultural content.

Lee was invited by the committee and the Blue House because of his fame as a leading figure in the Korean Wave. The meeting was held at Bitmaru Broadcasting Center in Ilsan, Gyeonggi.

“President Park Geun-hye considers the development of cultural enrichment as a key issue for her administration. To serve her objective, she invited actor Lee and other officials from related industries to talk about Hallyu contents,” said a committee official.

Ilgan Sports, an affiliate of the Korea JoongAng Daily, reported that the 26-year-old actor talked about his past experiences and also suggested some ideas to develop the Korean Wave further.

“Last year at the president’s inauguration speech, Park announced initiatives for the flourishing of our culture and the creative economy,” said an official from the actor’s agency, Starhaus Entertainment.

“And as a representative of the entertainment industry, we believe the expansion of Hallyu is a crucial part of achieving the creative economy and enhancing the nation’s brand image.”