Koica head looks back on evolution of agency

Koica head looks back on evolution of agency 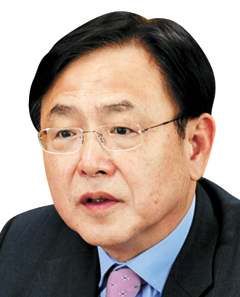 The Korea International Cooperation Agency celebrated its 23rd anniversary on Tuesday, but it is the country’s vantage point that has made the organization, simply known as Koica, so successful over the past two decades, its president said.

“Korea’s experience as an impoverished nation that underwent massive development and democratization is its greatest advantage in aiding developing nations,” said Kim Young-mok, the head of the agency.

As he sat down for an interview with the JoongAng Ilbo on March 28, he acknowledged that, over the past 23 years, recipients of foreign aid from Korea had expressed interest in its “first-hand development experience.”

“However, they simply provide the answer. On the other hand, Korea demonstrates the process of how to solve the most pressing issues at hand - democracy, information and communications technology, education and health.”

The former consul-general at the Korean consulate in New York, Kim added that the Saemaeul Movement, Korea’s rural development policy model launched in the early 1970s that helped the nation overcome poverty in the postwar era, “is no longer simply focused on the spirit of diligence, self-help and cooperation.”

“Mixed into this is knowledge, as well as information and technology. Beyond harvesting and raising livestock, we focus on the planning of storage, manufacturing and commercialization.

For example, we are partnering with companies to build a Saemaeul Village of Hope in Ethiopia while training rural leaders in Mozambique,” he said.

Koica’s budget for official development assistance surpassed 600 billion won ($567 million), though this wasn’t even half the amount spent by other Development Assistance Committee (DAC) countries in the Organization for Economic Development and Cooperation.

“To resolve this, the influence of the greatest number of players have to combine to build a partnership and networking platform,” Kim said. “It is necessary not just for Koica, but companies, nongovernmental organizations, universities and others to join together.”

He also spoke of wanting to share Korea’s experience with North Korea.

“When exchange with the North and the South becomes official, and a path toward development progresses, Koica’s experience in capacity building, development know-how and systems will be helpful,” he added.

Kim also emphasized the importance of creativity and imagination in developing a creative economy, one of the initiatives conceived by the Park Geun-hye government.

“In the development process of those countries we aid, we want to provide analytical and ICT skills on top of traditional support,” he said.