North-linked ship sinks off of Yeosu

North-linked ship sinks off of Yeosu 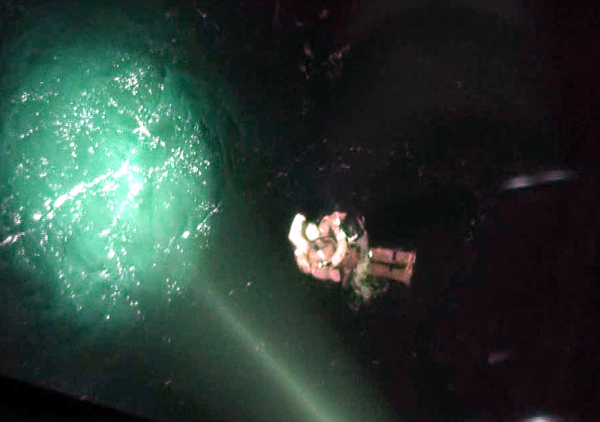 Three people - including a 30-year-old man surnamed Kim - were pulled to safety yesterday morning during the search operation and sent to a hospital, the Coast Guard said.

“They were transferred to Halla Hospital on Jeju Island. The three crew members are in critical condition, but their injuries are not life threatening,” a Yeosu Coast Guard representative told the Korea JoongAng Daily.

Authorities added that they are continuing efforts to find the missing sailors and had deployed 13 vessels and six aircraft, despite high waves and strong winds hampering the search.

“We continue to carry out our search operations, but it has been difficult because of the poor weather,” said a Coast Guard representative who refused to be identified. “Although we found items that seem to belong to the crew, we have not yet located the missing sailors.”

He added that the Korean Coast Guard had requested cooperation from the Japanese Coast Guard. 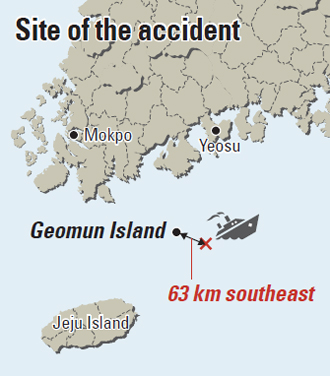 From a helicopter yesterday, the Coast Guard rescues a North Korean sailor who was aboard a Mongolian-flagged cargo ship that sank off the coast of Yeosu, South Jeolla. [NEWSIS]

The marine police detected rescue signals at around 1:19 a.m. from the 4,300-ton vessel Grand Fortune 1 about 67 kilometers (41.6 miles) southeast of Yeosu’s Geomun Island.

The ship was bound for China from the North Korean city of Cheongjin with 50 tons of oil and 6,500 tons of iron ore and copper powder, the authorities said.

The Coast Guard said that, based on the statements of the rescued crew members onboard, the ship ran aground as the freight began to lean to one side. Inclement weather also appears to have contributed to the accident. A high seas watch was in effect for the coast, with winds measuring 15 meters to 18 meters (49 feet to 59 feet) per second.

The Coast Guard said it had considered contacting North Korea through communication lines via the Korean Red Cross to discuss ways to deal with the boat’s crew.

Meanwhile, other government agencies are looking into why the North Korean sailors were on a Mongolian ship carrying iron ore.

An official from the Ministry of Oceans and Fisheries suspected that the vessel was tasked with exporting iron ore to obtain desperately needed foreign currencies, speculating that Pyongyang had deployed the Mongolian ship to avoid scrutiny from South Korean authorities. “The waters in which they were found are not technically Korea’s territorial waters,” the official said. “But since it’s near our territory, we’ve designated the area as an adjacent zone and exert jurisdiction to some degree.”

The Mongolian vessel was spotted Thursday near the coast of Pohang. “South Korea exercises jurisdiction both in the site near Pohang and in the waters in which the ship sank,” the official continued. “But if the ship was a North-Korean-flagged ship, the marine police and the Navy could have blocked it.”