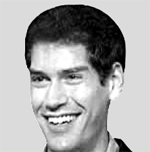 America’s 18-year-olds have just learned where they will and won’t be going to college for the next four years, which makes it as good a time as any to reflect on one of the injustices in the U.S. college admissions system: apparent bias against Asians.

This might seem like an odd claim. After all, 20 percent of those admitted to Harvard last year were Asian, even though Asians only make up about 5 percent of the U.S. population. But Asians do much better than other racial groups on standardized tests and have much better grades, so the comparison is misleading.

Ron Unz looked at the Harvard students inducted into the Phi Beta Kappa honors society, which is based on grade-point average, and found that more than a third were Asian. Almost half of the students admitted into Phi Beta Kappa during their junior year - the most-elite group - were Asian. The simplest explanation for this over-representation among Phi Beta Kappa admissions relative to the total student body is that Asian applicants to Harvard were held to tougher standards.

Data from SAT test scores support this theory. Princeton sociologists Thomas Espenshade and Alexandria Radford crunched the numbers for the 2009 book “No Longer Separate, Not Yet Equal: Race and Class in Elite College Admission and Campus Life” and found that the average test scores of admitted students at elite schools varied widely based on race.

In other words, the average SAT score of an Asian student was about 140 points higher than the score of the average white student. No wonder the U.S. Department of Education’s Office for Civil Rights began investigating claims of discrimination against Asians at elite schools in 2012, after dismissing such allegations in the early 1990s.