Liverpool back on top with five matches to play

Liverpool back on top with five matches to play 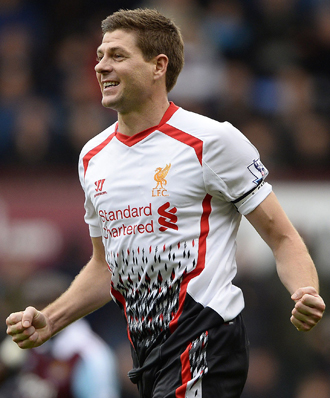 Liverpool prepared itself in the best way possible for a hugely significant week by beating West Ham United, 2-1, on Sunday and returning to the top of the Premier League table.

An incident-packed match at Upton Park finished with Liverpool taking all three points thanks to Steven Gerrard’s two penalties which lifted the Reds to 74 points, two more than Chelsea, which kept the top seat warm for them overnight after their 3-0 win over Stoke City on Saturday.

Skipper Gerrard said afterward: “It was a tough game, a tough 90 minutes, but there was great resolve and character from the squad. Every side is asking us different questions at the moment, and they were very direct.

“We want this [title] really bad and we showed that in the second half.

“I’m not convinced that we will win the league yet. We have five games left and they are all huge. If we beat Man City next week, then all that will give us is three more points.”

With just five matches remaining, Liverpool is edging ever closer to their first title since 1990, when player-manager Kenny Dalglish guided them to their 18th championship.

He was at Upton Park to see Liverpool’s ninth successive league victory and watch as Gerrard’s two goals took the midfielder’s tally to 173 for the club, lifting him to sixth on their all-time scoring list - one ahead of Dalglish.

Dalglish’s presence was both a link to the days when Liverpool dominated the English game and a poignant reminder of an emotional couple of weeks ahead for fans.

Next week marks the 25th anniversary of the Hillsborough tragedy that claimed the lives of 96 Liverpool fans at the FA Cup semifinal against Nottingham Forest, the worst sporting disaster in British history.

Dalglish became a symbol of strength for Liverpool during those dark days, attending the funeral of every victim.

The tragedy is never far from the thoughts of anyone associated with Liverpool and is back in the spotlight again with the opening of a new inquest into the deaths.

Next Sunday’s match against Manchester City, which kicks off at 1:37 p.m., will be played against a background of highly charged emotions.

Every league match in England, and the two FA Cup semifinals at Wembley, will kick-off at seven minutes past the hour or half-hour next weekend, symbolizing the six minutes of play at the fateful cup semifinal on April 15, 1989, and allowing a minute’s silence to take place.

While the events of that day will be remembered next week, Liverpool will be trying to take another huge step toward its first title since the year after Hillsborough.

Coach Brendan Rodgers told reporters after the game at Upton Park that while they were fully focused on getting another victory, Hillsborough was never far from their minds.

“We know there are 96 people in the sky who will always be supporting the team,” he said, “and we have won nine games in a row, an incredible achievement at this level and it would be very nice to make it 10 wins in a row next week of all weeks.”

Sunday’s win lacked the free-flowing open attacking football that laid out Tottenham Hotspur last Sunday, but it proved Liverpool can grind out a victory when it needs to.

If it can do the same against City next week, Liverpool might dare to believe that their long wait for a title is finally coming to an end.

And that might provide an omen for the eventual end of their other long wait - real justice for the 96 fans who died supporting their team a quarter of a century ago.