S-Oil tries to clean up crude after 3-day leak

S-Oil tries to clean up crude after 3-day leak 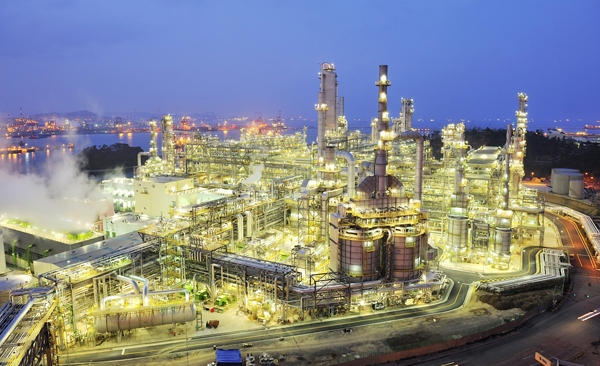 S-Oil is entering its second stage of recovery, trying to regain trust from its customers and the community of Ulsan after an oil leak spurted at its refinery on Friday and continued through the weekend.

According to the company and the Ulsan Metropolitan City Fire Department, the leak, which sprung from a storage tank at S-Oil’s Onsan refinery plant in Ulsan, stopped at 9 p.m. on Sunday. S-Oil is trying to collect the leaked oil, which is trapped inside the 3-meter-high (9.8-feet) storage dyke around the tank, but transferring the oil could take two or three days, according to the company, which is Korea’s third-largest oil refiner.

S-Oil said that no one was injured by the leak and that the nearby sea was not contaminated. The company said it had put up oil fences and an oil-spill absorbing kit to prevent any potential contamination. S-Oil also needs to address the possibility of soil contamination near the plant.

S-Oil is now trying to figure out why the mixer in the tank broke and has denied that the facility is too old, saying that the storage tank that broke was only five years old.

Industry insiders said that S-Oil acted quickly to control the situation. Nasser Al-Mahasher, CEO of S-Oil, apologized publicly for the leak and promised to take efforts to prevent any further damage.

But local civic groups like the Korean Federation for Environmental Movements said that the company should review its safety regulations to satisfy workers and residents of Ulsan who live near the plant.

S-Oil said that it will not lose much money due to the incident because the leaked oil can be used after it is reprocessed and the leak caused no significant issues with the plant’s operation.

Despite the accident, the stock market favored S-Oil yesterday as its price per share jumped 1.32 percent to 61,500 won ($58) on rising expectations after its first-quarter performance. In the fourth quarter of 2013, the company marked an operational loss for the first time since the second quarter of 2012.