Playing with perceptions of reality

Playing with perceptions of reality 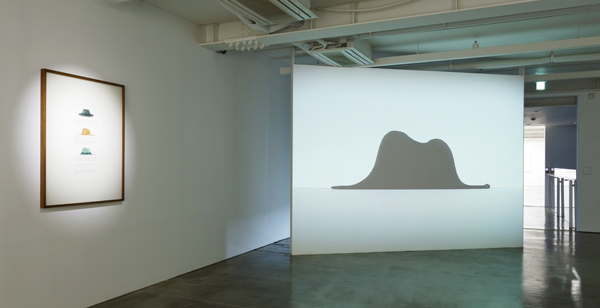 Don’t believe everything you see - at least if you plan on visiting two art exhibitions that are ongoing in Seoul. Korean artist Han Kyung-woo’s works at SongEun Art Space in southern Seoul and Chilean artist Ivan Navarro’s exhibition at Gallery Hyundai in central Seoul are visually amusing, and they also make fun of viewers’ fixed ideas.

“Kyung-woo Han: I Mind” is the 35-year-old artist’s first solo show since he won the Grand Prize over four other SongEun Art Award finalists in 2011.

Through his art, Han has long explored how people’s cultural backgrounds and fixed ideas affect their visual perceptions and create optical illusions. In this show, Han reverses the tacit rules of how images are interpreted, even among people with similar cultural backgrounds.

Those who know the famous novel “The Little Prince” may think the image on a big white screen among Han’s works on display is a Boa constrictor that has swallowed an elephant, rather than a hat. The image may be laughable to adults who cannot see the image as anything other than a hat. But, this time, Han is laughing at those who can’t escape the fixed idea they got from the novel. In fact, the image on the screen is an enlarged shadow of a real hat.

Another display shows what look like hand shadow puppets projected onto screens, but they are actually shadows of stuffed animals.

In Navarro’s solo exhibition “299 792 458 m/s” at Gallery Hyundai, the 42-year-old artist presents 14 sculptures and installations mostly made of neon lights and mirrors.

Through the reflections, the repetition of neon lines gives the illusion of deep spaces - sometimes a continuing descent or ascension.

The mirrors look minimalist but they also have socio-political meanings, the gallery explained, as neon light represents both suppression and hope to the artist who grew up under Chile’s dictatorship. 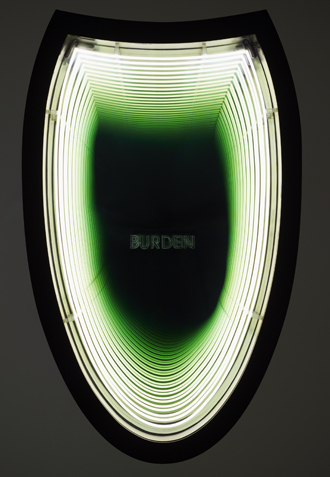 *Han Kyung-woo’s solo show runs through Saturday at SongEun Art Space. Admission is free. Hours are from 11 a.m. to 7 p.m.

Ivan Navarro’s solo exhibition runs through April 27 at Gallery Hyundai. Admission is free. Hours are from 10 a.m. to 6 p.m. Tuesday to Sunday. Go to exit No. 1 of Anguk Station, line No. 3, and walk for 10 minutes.