April 19 to 20: In the 30 years since she made her debut with the song “Dear J,” Lee Sun-hee has established herself as one of the most successful divas in Korean pop music. For her concert, expect to hear Lee’s many hits, plus songs from her newly released 15th album, “Serendipity.”

April 22: French singer Natalie Dessay, 48, considered one of today’s greatest coloratura sopranos, rose to prominence in 1992 by playing Olympia in Offenbach’s “The Tales of Hoffmann.” She subsequently won praise for her performances as Fiakermili in Strauss’s “Arabella” and Lakme in Leo Delibes’s “Lakme.”

For her concert in Seoul, Dessay partners with pianist Philippe Cassard.

April 27: Grammy-winning rock guitarist Jeff Beck is holding a concert in Seoul, bringing with him his famous blend of blues rock, psychedelia and heavy metal. 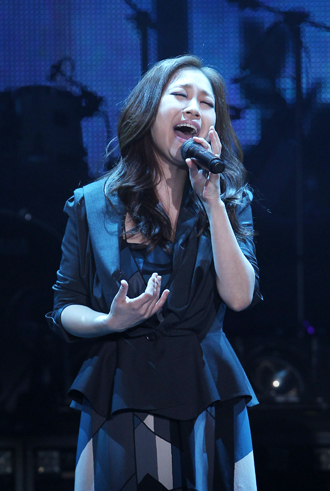 May 9 to 18: Park Jung-hyun, whose English name is Lena Park, is holding her first solo concert in two years after the promotional concert of the singer’s eighth album “Parallax” in 2012. Recently, Park has showed some effort to think outside of the box by collaborating with Team89, a leading producing team at Mystic89, led by singer Yoon Jong-shin.

May 6: John Mayer, a multitalented guitarist, singer-songwriter and seven-time Grammy award winner, is visiting Seoul for the first time this May.

The 36-year-old artist’s music ranges from blues to country, and his hits include “Your Body Is a Wonderland” and “Clarity.”

May 11: Brian McKnight has been a textbook vocal of Korean R&B singers for years. In May, McKnight will team up with Korean singer K. Will to feature his megahit singles. Music fans will be able to enjoy the two singers’ trademark vocals in the show.

May 27: Over the course of its 118-year history, the Czech Philharmonic Orchestra has promoted Czech culture while representing genuine artistic merit.

For their Korean performance, conductor Jiri Belohlavek will lead the orchestra to perform Johannes Brahms’ Piano Concerto No. 1 in d minor and Antonin Dvorak’s symphony No.6 in D major on the stage.

May 27: Croatian cellists Luka Sulic and Stjepan Hauser, together known as 2Cellos, are known for their experimental fusion of classical, pop and rock music. Their rendition of Michael Jackson’s “Smooth Criminal,” posted on YouTube in 2011, went viral with more than three million views, and a video of their cover of AC/DC’s “Thunderstruck” topped 14 million views in less than two months.

PAUL MCCARTNEY: OUT THERE 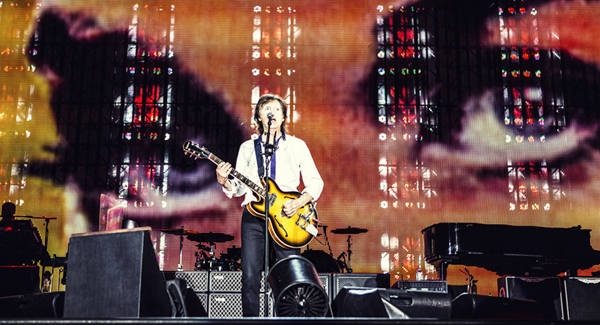 On his “Out There” tour, Paul McCartney will perform in Korea for the first time. see MUSIC, below. Provided by the organizer

May 28: After decades of longing, Korean fans can finally meet the legend in May.

In Paul McCartney’s Seoul edition of his “Out There” tour, he plans to revive his 50-year journey through performing songs from the Beatles days to his latest studio album, “NEW.” Aside from Seoul, McCartney will also visit 23 cities across South America, Europe, North America, and Japan.

MULTIPLICITY, FORMS OF SILENCE
AND EMPTINESS

April 25 to 27: This ballet performance is directed by Nacho Duato, who won the Benois de la Danse prize.

Inspired by Johann Sebastian Bach’s life, Duato combines baroque music and modern choreography on stage. Universal Ballet, which is celebrating its 30th birthday, collaborates with the Spanish director for the Seoul performance. 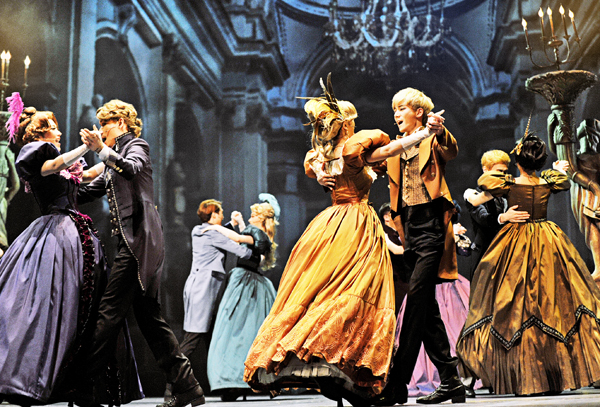 To April 30: A Korean production of the musical “Wicked” is being presented in Korea for the first time.

May 2 to 4: Celebrating the 25th anniversary of its establishment, Korea Opera Group is staging the opera “Salome” under the direction of Italian conductor Maurizio Colasanti. Sopranos Katja Beer and Carola Glaser will lead in the title role. Korean singers will act as Herodes and Jochanaan (John the Baptist) to depict the bizarre fate of the femme fatale, Salome.

Since its premiere in 1905, Richard Strauss’s opera has won recognition all over the world.

The original story is based on Oscar Wilde’s play with the same title.

Notably, Kang’s choreography was designed exclusively for her by Enrique Gasa Valga, the director of Innsbruck Ballet Company, which is based in Austria.

The routines are expected to show Kang’s shy, sentimental and sexy sides.

May 17 and 18: The annual two-day jazz festival will present some of the world’s top musicians. On May 17, the program will be headlined by British singer-songwriter Jamie Cullum, along with Craig David, Damien Rice, Paolo Nutini and the Jack DeJohnette Trio.

Event information is collected from the
Korea Tourism Organization and tickets for most events are available at ticket.interpark.com/global or by calling 1544-1555.