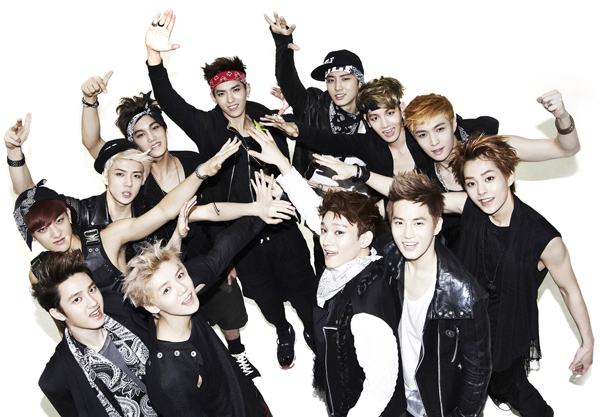 The concert, “EXO FROM. EXOPLANET #1 - THE LOST PLANET,” will be held over two days from May 24 to 25 at Seoul Olympic Gymnastics Arena, southwestern Seoul.

During the show, the 12-member boy band will perform their hit songs, including “Growl” and “Wolf.” They also plan to showcase some of their new material from their upcoming album, which is set for release sometime in April.

Exo will tour other major cites around Asia following their concert in the capital city. Tickets will be available through the online shopping mall Gmarket from April 16 at 8 p.m.

Meanwhile, a promotional event for the group’s up-and-coming mini-album, whose name and concept have yet to be announced, will be held on Tuesday at Seoul Olympic Gymnastics Arena.