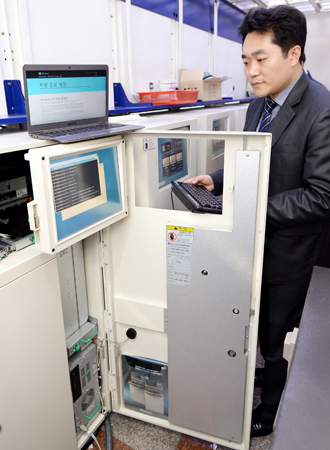 A bank employee upgrades the operating system of an ATM at a bank branch in downtown Seoul as Microsoft’s Windows XP is ending its 13 years of technical service starting today. Out of the 87,000 ATMs in the country, 94 percent run on XP. In addition, seven million computers at major retail stores, hospitals and small and midsize companies also run on XP. They are more vulnerable to hacking without Microsof
t’s technical support. [NEWSIS]