Performance and sustainability a driving force for Audi

Performance and sustainability a driving force for Audi 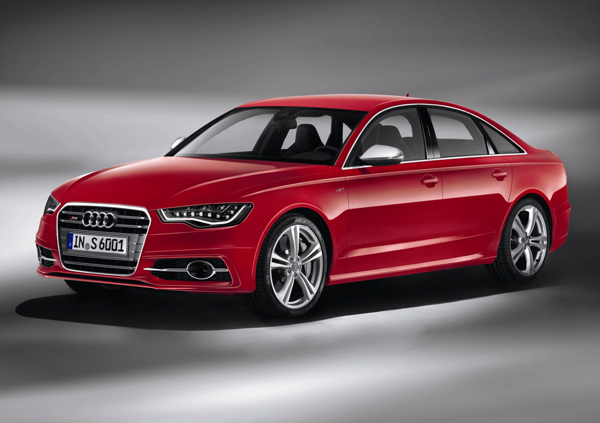 According to the Korea Automobile Importers and Distributors Association (Kaida), last year’s combined domestic sales of these models totaled 638, around triple the number sold the previous year.

The increase in Audi’s total sales was 33 percent in the same period.

The Audi S model is an upgrade of the basic A model, in which components such as the engine, gearbox, brakes, chassis and transmission are enhanced. The “S” in the Audi S stands for “sovereign performance.”

Audi’s RS is an acronym of the German term rennen sport, which means sports racing. Whereas S models are robust cars that fit well into everyday life, RS models are closer in style to racing cars and are thus more suited to leisure.

Vehicles in the RS lineup possess a powerful V8 engine and Audi’s famous Quattro four-wheel drive system, which consistently uses the car’s four wheels, adapts its power to the driving environment and allows stability in any condition. These features make RS models unique in the high-performance car market.

The most popular cars among the S and RS models are the S6 and S7. Both have shown a huge leap in sales, with the S6 rising from 15 in 2012 to 85 last year and the S7 from 31 to 147. In addition, the SQ5, Audi’s first ever high-performance sports utility vehicle, has reached 150 sales since its debut last July.

The S6 and S7 are both very energy efficient while maintaining high performance. The new Audi S6 has an aluminum hybrid body that is stronger than usual car bodies yet is 15 percent lighter. The Audi S7 is loaded with the latest model V8 4.0 TFSI engine, a powerful engine with eight cylinders that reacts to changes in speed and reduces fuel consumption. It is also 30 percent more efficient than the former V10 engine.

“We plan to invest 22 billion euros ($30.1 billion) to develop new models and green technologies by 2018,” said an Audi official. “All of our production lines are operating according to the sustainability principle we established. Our long-term goal is to provide carbon-neutral cars to the auto market.”