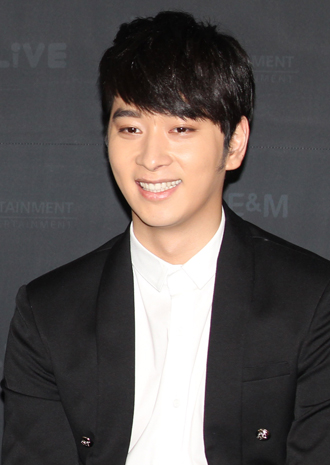 Hwang Chan-sung of 2PM and Fei from Miss A were spotted filming for the Chinese dating reality show “If You Love,” according to multiple TV insiders yesterday.

But the two singers from agency JYP Entertainment will not appear as partners and will be coupled with other actors or singers.

The Chinese reality show, which has a similar format to MBC’s “We Got Married” and is backed by CJ E&M, Korea’s largest entertainment company, includes six celebrities who will act as three couples. Some of the local celebrities include Sunny Wang, Liu Yan and Sun Jian.
Nichkhun, who is also a member of 2PM, will reportedly make a surprise appearance to show support for his colleague.

Until now, no couple has been revealed.