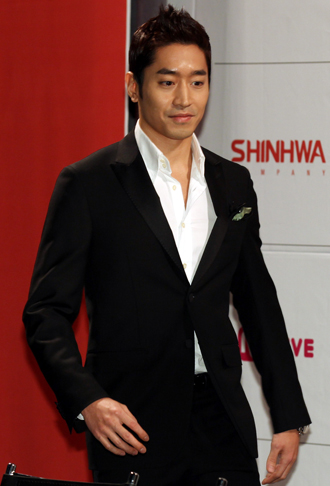 Romance is in the air in the entertainment business these days. Eric, also known as Moon Jung-hyuk, from the pioneering boy band Shinhwa was rumored yesterday to be in relationship with actress Na Hye-mi, who is 12 years his junior.

“It’s true that they’ve been dating,” one of Eric’s associates said yesterday. However, the source remained cautious about confirming the news. “We can’t get in touch with him right now, but we will make a public announcement as soon as we can reach him,” the associate added.

While the two actors did not directly confirm the news as of yesterday afternoon, it is speculated that they have already been public for quite some time, an assumption that has been backed up by several eyewitness accounts by fans.Yonhap News Agency reported yesterday that Na was at Shinhwa’s 16th anniversary concert, which was held last month at the Olympic Gymnastics Arena. Na, 22, who made her debut in 2001, became widely known in 2007 through the MBC sitcom “Unstoppable High Kick.”