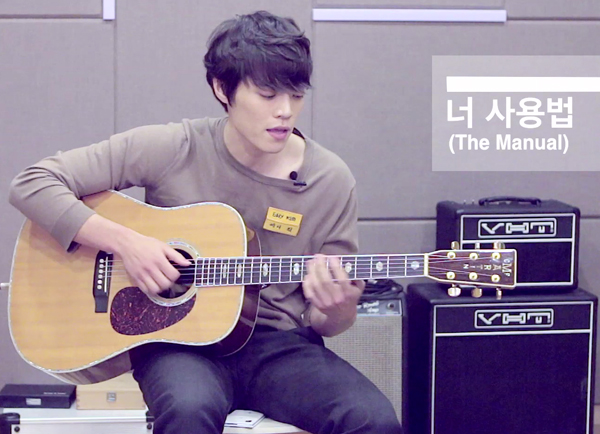 The mini-album’s six tracks are composed and written by Kim and co-produced by singer Yoon Jong-shin, who heads Mystic89, Kim’s agency.

In the video uploaded on the agency’s official website, the 23-year-old singer-songwriter performs a short fragment of each of his six listed tracks while playing the guitar.

Kim’s first mini-album which is getting released today will contain a wide spectrum of emotion a man can go through when being in love.

Previously, when Kim appeared in the survival program in 2012, he was serving in the military. However, his talented guitar playing and unique, husky voice captivated viewers, allowing him to make it into the top 6. Kim’s original song “2 Years Apart,” which he auditioned with, received a lot of attention. Its official release is on April 3.