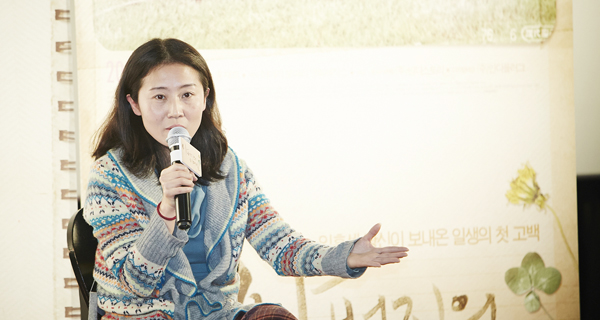 Hong Jae-hee said she made peace with her father through her documentary “My Father’s Emails.” Provided by Indie Story

Most families have a skeleton in the closet, a black sheep or two, but for the most part, these ugly truths can be contained through their discretion.

So when Hong Jae-hee made a film about her abusive, alcoholic father, who made life intolerable for his wife and children, the question on her family’s mind was “Why?”

But it was also a question she needed to answer for herself.

“I never set out to be a documentary director,” said Hong, who is best known for the 2008 independent film “Lioness[es]” that dealt with the issue of domestic violence.

“But really, the defining factors were my father’s emails,” she said at a press conference on Monday.

It was in 2008 that the electronic correspondences that make up “My Father’s Emails” started coming in.

In the span of a year, Hong’s 73-year-old father, who had just learned how to use a computer, inundated Hong’s inbox with 43 detailed accounts of his life. “The first email was titled ‘The 38th parallel line that I crossed,’ which I think was one of his most traumatic moments,” she said.

Although she was slightly entertained by these previously unheard stories, as she often did in their relationship, Hong looked the other way.

“But then he called me up, and I found out he got a notification when I opened [the emails], so I started writing back with formulaic responses like, ‘Are you taking care of yourself?’”

Looking back, the filmmaker said she’s convinced “he just wanted to be heard.” However, the proper acknowledgement to those emails came two years after he passed away.

“I knew I wanted to make it into a movie, I just didn’t know how to straightaway,” Hong said. 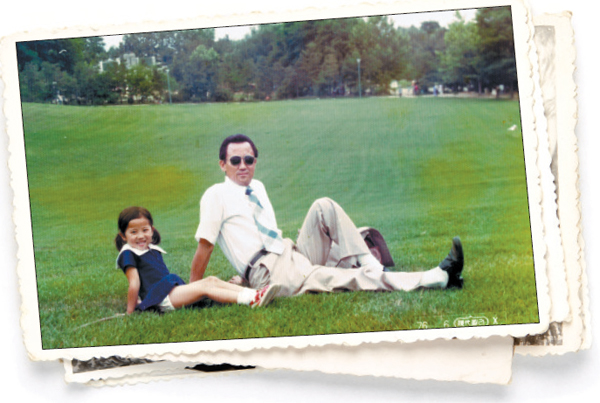 Snippets like this one of Hong and her father, and personal accounts about him from family and friends make up the emotional documentary “My Father’s Emails.”

It was in 2011 that she finally set out to commemorate his life in film form. This was the same man who beat his wife and children, spent a good portion of his life in his room drunk while talking about his life in North Korea, and who also to some degree blamed his family for his lost dreams.

“Even from an objective view,” Hong said her father’s story was hard to resist.

It seemed his life was almost meant to be a movie: A child born in North Korea flees his home, moves to the South, purchases his first house then loses it before even turning 20, works in Vietnam, Saudi Arabia, spends time in prison, all the while getting drunk and dreaming of a fresh start abroad.

With her producers sold on the idea, the real obstacle for Hong concerned the depiction of her family members: an infinitely patient mother who was mentioned in passing maybe once in her father’s 43 emails; an older sister who eventually left the country to get away from her father; and her younger brother, who can count on one hand the number of conversations he’s had with his father.

While the three did comply - “my brother was such a pillar of support” - the documentary contains some uncomfortable moments, particularly fights that erupted over why Hong wanted to rehash their traumatic past.

“When I went to see my sister in Denver, [Colorado], I asked myself if I should be doing this,” she said.

These moments, captured on a shaky camera, are powerful depictions of just what happens to the victims long after their abuser is gone. “I wanted to run away, but they were editing in Seoul and they were counting on those scenes from Denver,” she said.

Even though her mother and brother have seen the film, Hong’s sister has yet to watch it. “She asked me to send her a DVD, but I think it’d be abusive if she were to watch it on her own,” she said.

Hong said she still wonders what her father may have thought about her work. “My father would often suggest that I make a film about him. I just never imagined it’d be through his emails that I’d find the inspiration.

“I had this dream after my dad passed away that we were going back to his hometown, and after that dream I felt like I forgave him completely,” she said. “But since then he’s not appeared to me again; I wish he would.”