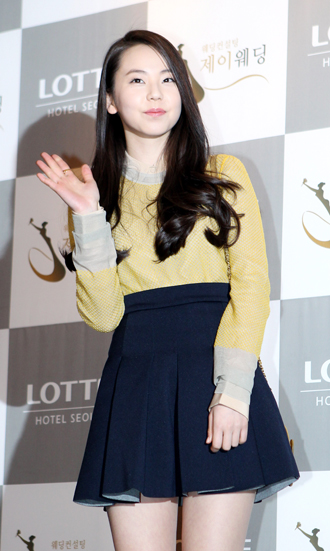 Ahn So-hee, a former member of the pop group Wonder Girls, will make her first public appearance in a while through the cable channel On Style’s beauty program “Get It Beauty,” according to industry insiders.

It will be her first media showing since she changed agencies from JYP to BH Entertainment - a testament to her desire to switch from music to acting.

“Get It Beauty,” launched in 2010, became one of the country’s emblematic beauty shows. It is known for providing practical tips and useful information about cosmetic products and makeup application. For four years, the show was hosted by Eugene from SES, though recently the MC was replaced by actress Yoo In-na from the SBS drama “My Love From the Star.”

Ahn will reportedly reveal her beauty secrets, including her cleansing regime and makeup routine.

“She will not appear directly at the studio, but through VCR, Ahn will provide some information related to the show,” an official from the broadcaster said.

The episode featuring Ahn will air at 11 p.m. on Wednesday.