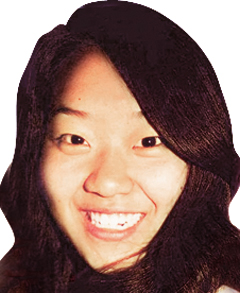 Park Mi-jin was recently accepted to Harvard University, a huge milestone for the Korean high school student, who was forced to overcome countless obstacles during her adolescence and on her path to success.

Kim, now 18 and a senior at Rutherford High School in Bergen County, New Jersey, moved to the United States with her parents when she was just 4 years old, and for the past 15 years they have resided there illegally, the possibility of deportation a persistent fear.

However, in 2012, shortly after the Barack Obama administration began accepting referrals for Deferred Action for Childhood Arrivals (DACA), an initiative that temporarily suspends deportation for undocumented immigrants who came to the country as children, Park and her family finally received temporary legal status, putting an end to some of their anxiety.

To be considered for deferred action, immigrants must meet certain criteria and prove that they are actively pursuing either higher education or military service in the U.S. Coast Guard or Armed Forces.

Individuals considered must also have immigrated to the country before they were 16 years old and not be convicted of a felony.

Due to the sensitive nature of her family’s legal status, the names of Park’s parents were withheld.

“I was so happy when I first received my acceptance letter [to Harvard],” Park said. “It was one of the few times my parents smiled. They work hard day and night to make a living.”

And thanks to an extensive financial aid package awarded to low-income university students, the incoming freshman’s tuition is essentially waived.

“Attending Harvard is so exciting, and the exemption of tuition means so much to me because it was my biggest concern,” she said.

The 18-year-old scored 2,350 points out of a possible 2,400 on the SAT Reasoning Test and took five advanced placement exams in history, psychology, calculus, literature and Latin.

“Since calculus is my weakness, I was so nervous the day before the test,” she admitted.

Yet despite her impressive accomplishments, she’s still a typical teenage girl, uploading lip-sync videos of her favorite songs on YouTube in her spare time.

She also possesses a talent for learning languages and public speaking, which she demonstrated recently at a national speech contest, where she won a scholarship.

The high school senior is fluent not only in English and Korean but also Spanish and Latin.

“[When I was a child] there were no adults around who could offer me advice or share their personal experiences,” she said. “I had to go through all these difficulties by myself since my parents weren’t familiar with American culture and education, and they were too busy working to support the family.”

“My parents are my best friends, so I practiced Korean to communicate with them,” Park added. “When my parents went out to work, I volunteered at church.”

When his daughter was admitted to Harvard, Park’s father, who works as a chef at a Japanese restaurant, could barely contain his excitement.

“I go to work at 3 o’clock every morning and come back home late at night,” he said. “I haven’t done anything for her.”

She speaks for her parents’ poor English, he said, and helps out around the house. She’s such a pleasure, he added.

Her advice to high school students like herself was not to compare themselves to others and simply try their best.

Park added that chanting the mantra “I will succeed” had encouraged and comforted her during times when she doubted her abilities.