Before reunification, obtaining information is critical

Before reunification, obtaining information is critical 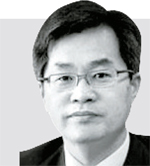 Chanel No. 5 is the best-selling perfume in the world. It is also the first perfume to be named after a designer. When asked what she wore to bed, Marilyn Monroe responded, “five drops of Chanel No. 5.” It contains 83 ingredients, including May rose, and the original formula from 1921 remains the same today, loved by fans around the world.

When German leaders prepared for reunification, they thought that West Germany was informed about East Germany and its people. But when the country was reunified, they realized that information had not been shared sufficiently. We can only accomplish smooth unification when we systematically collect and analyze accurate information to prepare a solid foundation for unification.

Swedish mathematician Andrejs Dunkels said, “It is easy to lie with statistics. It is hard to tell the truth without it.” The truth about unification cannot be discussed without statistics. Statistics Korea collects North Korea-related statistics through domestic agencies like the Ministry of Unification and international organizations, such as the United Nations, and provides a database. In the Korea Statistical Information Service, 128 statistical tables on natural environments, population, economic indicators and inter-Korean exchanges can be viewed. Because North Korean authorities refuse to disclose internal statistics and access to North Korean resources is restricted, it is impossible to produce North Korea-related statistics directly. In 2008, Statistics Korea collaborated with the UN Population Fund to provide technology for a census in North Korea in order to estimate the population in the North. Using the experience, the agency is considering conducting a survey on North Korea with international organizations and applying that technology to produce agricultural statistics using satellite images to estimate North Korean data.

International investor Jim Rogers said, “What you’ll have is a country of 70 odd million people with cheap, educated, disciplined labor in the North, vast natural resources … with a big capital pool and management capability in the South. It will be a powerhouse.” He said it doesn’t make sense not to invest in a unified Korea. Preparation for unification is a concept encompassing economic preparation, overcoming ideological differences and social integration. In order to prepare the financial means for reunification and to facilitate social and cultural understanding, we need to be informed more accurately of North Korea’s situation. Information and statistics will be the most crucial foundation.

Reunification No. 5 will have the most sensational aroma, even more impressive than Chanel No. 5, which is sold every 30 seconds. Statistics Korea is preparing database more attractive than 1,000 jasmine flowers, dreaming of the unification “jackpot.”