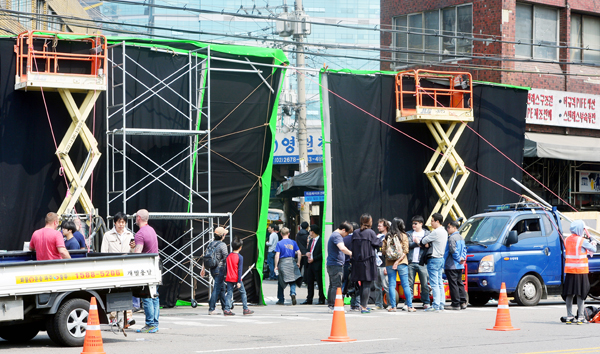 The film crew for the Hollywood blockbuster “The Avengers: Age of Ultron” shoot at the Mullae steel complex yesterday in Mapo District, western Seoul. Yesterday was the last day of filming in Seoul, which captured various parts of the city, including Mapo Bridge, Gangnam Station and the Floating Island on the Han River. [NEWSIS]