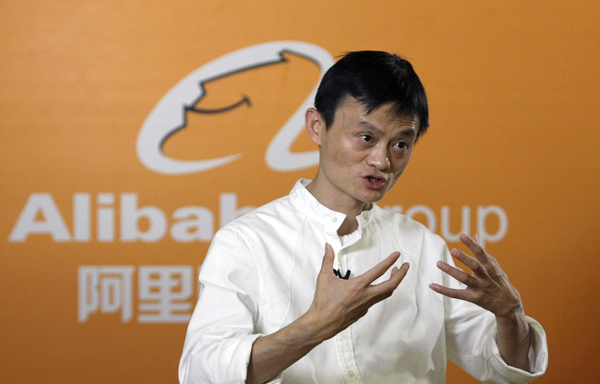 Alibaba, who? The decision last month by the Chinese e-commerce giant to list in New York presented Hong Kong with an existential crisis. Now that seems like a distant nightmare, after China announced it would link the stock exchanges of Hong Kong and Shanghai and allow a combined $4 billion of daily cross-border trading. It’s New York’s turn to question the very foundations of its place in the world.

Yet at the risk of being a party-pooper, I have wonder if this step, coming now, is in China’s best economic interest.

It’s certainly a godsend for Hong Kong. The former British colony is about to gain the ultimate competitive edge to attract new initial public offerings and money flying out of U.S. markets. Offshore punters will finally be able to act on all those reports they’ve churned out over the last five years claiming that Chinese stocks are crazy cheap. Mainlanders will enjoy unprecedented trading opportunities, which explains today’s massive rally in shares of Hong Kong Exchanges and Clearing. Opportunities abound for arbitrageurs to bet on stocks trading at a discount to A-shares, and vice versa, and for banks hawking volatility products based on mainland markets.

The trouble is, China is putting the cart before the proverbial horse. Sure, capital liberalization is a reform all its own, part of Premier Li Keqiang’s pledge of deeper integration with international markets and a greater role for the yuan in global trade. But nothing about this step makes China’s government more transparent, its companies more shareholder-friendly, its financial system sounder or the shadow-banking boom any less of a risk to the outlook. Personally, I think China should fix its internal problems before tending to external opportunities.

The question comes down to this: Do you really want your U.S., U.K. or Singaporean pension being invested via Hong Kong into a retail-investor dominated, nontransparent, hugely volatile and corrupt market where the amount of flow in or out is subject to a quota? Limits on how much investors can trade mean that six months from now, when China opens the equity channel, it won’t be a capitalist free-for-all. In that sense, this step isn’t as tectonic as many investors think.

But it does raise troubling questions about the motive behind capital liberalization. To some, it’s about increasing China’s global reach and power. To others, like reform-minded People’s Bank of China Governor Zhou Xiaochuan, it’s a means of forcing through painful, but vitally needed changes like internationalizing the banking system, prodding state-owned enterprises to improve governance and efficiency and upping the quality of Chinese assets in general. Linking the Shanghai and Hong Kong markets now seems to be of the former variety.

China should be acting boldly to strengthen its macroeconomic environment, something it can’t do while slavishly maintaining a 7.5 percent growth target. Far more energy goes toward meeting that goal than de-emphasizing investment and exports and developing a thriving services sector. China needs to build a credible and globally competitive banking sector.

At the moment, it’s little more than the credit version of a filling station for politically-connected companies. China also needs a financial system that’s both stable and trusted.

If looser capital flows outpace domestic reforms, all China is doing here is expanding the transmission mechanisms should its $8.2 trillion economy hit a wall. On April 9, the South China Morning Post warned about Hong Kong’s exposure to a mainland debt crisis. The International Monetary Fund characterizes the growth in loans by Hong Kong banks to mainland entities as “rapid” at roughly 19 percent of total assets. The Bank for International Settlements says there are $430 billion in loans outstanding from Hong Kong banks in China. For a $263 billion economy, that’s a ridiculous amount of exposure. Compliments of “reformers” in Beijing, it’s about to get bigger.