Go to Boao to see the future of China

Go to Boao to see the future of China 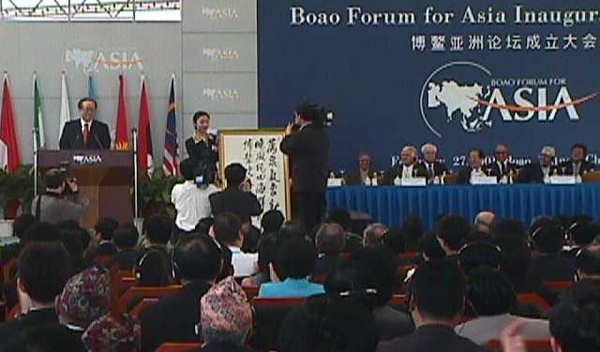 When I was a Beijing correspondent in 2001, China initiated the Boao Forum for Asia, an annual business conference that the foreign media cynically referred to as a “fake” Davos forum.

But when I covered the event last week, I wondered, “Just how far has the Boao Forum come after 13 years?”

At a conference on innovation on April 8, the first day of the meeting, Chinese and foreign panelists held a debate.

“China invented gunpowder and the compass, and its innovative DNA is coming alive,” one said.

Another participant argued that China’s Four Great Inventions came before the Song Dynasty, and that innovation is impossible now.

It probably sounds like the first remark was made by a Chinese panelist, and the second remark by a foreign panelist. But, in fact, it was the other way around. Foreign experts highly regarded China’s innovative capacity, while China’s panels claimed that the current system doesn’t allow it.

The Chinese panelists attacked the government, as if they had previously determined to do so.

Gao Jifan, CEO of Trina Solar, said: “Businessmen don’t need to work hard for technology development. It is a better bet to make connections with government officials. The government gives projects to the companies that suit their needs. How can innovation be possible?”

And Zhang Weiying, a Beijing University professor, asked: “Did Microsoft and Google become successful with government support? When the government claims to support something, that puts an end to innovation. Companies will line up to get government funding, and then competition and autonomy are destroyed.”

They all called for the government to take its hands off the market, and their opinions overshadowed Western voices.

Approximately 150 people attended the discussion, and none left the meeting, even as it went past 10 p.m. The meeting was streamed live on the Internet.

More than 70 meetings were held during the four-day forum, and most of them focused on innovation. Experts from around the world discussed ways to break out of the trap of developing countries, changes in industrial supplies in Asia and responses, and free trade agreements. These are the issues that China is interested in, and the world wants to hear from China. The titles of each session reflected what China is concerned with and where the country is headed.

When the Boao Forum started, it was ridiculed as a knockoff. But now, it is genuinely original. So if you want to see the future of China, go to Boao.