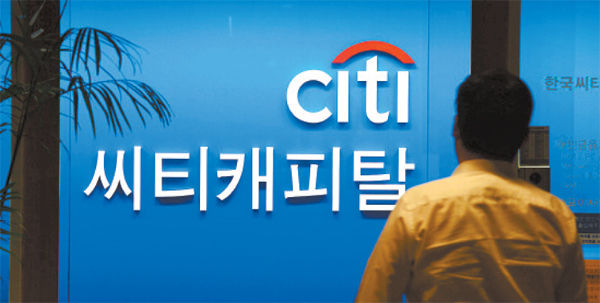 Financial authorities and prosecutors have begun to investigate the leaks of customers’ personal data from Citigroup Capital Korea and IBK (Industrial Bank of Korea) Capital.

Officials at the Financial Supervisory Service said yesterday that personal data of some 34,000 customers of the two companies might have been compromised.

The prosecutors found the additional leaks while they were delving into incidents at Citibank and Standard Chartered Korea last year, the FSS said.

The prosecutors found a loan marketer who used a USB flash drive to store customers’ information from the two foreign banks, including those of the two capital companies.

In 2011, the personal data of about 5,000 customers was stolen by hacking. The other 17,000 are customers of Citigroup Capital, the authority said.

The total number of Citibank and Standard Chartered accounts compromised through last year is about 190,000, according to the watchdog.

Last April, a then-Citibank employee in Seoul stole information of 17,000 loan customers and handed it over to a marketer. Last week, an additional 10,000 customers were found to be victims of the leak. The FSS presumes the data theft at Citigroup Capital would have been made in a similar way.

“By next month, the authority will decide on the punishment of the two banks without tolerance,” an FSS official said.

IBK’s Tokyo branch is currently under an FSS investigation for issuing illegal loans along with its counterpart Woori Bank in order to create a 6 billion won ($5.7 million) slush fund.