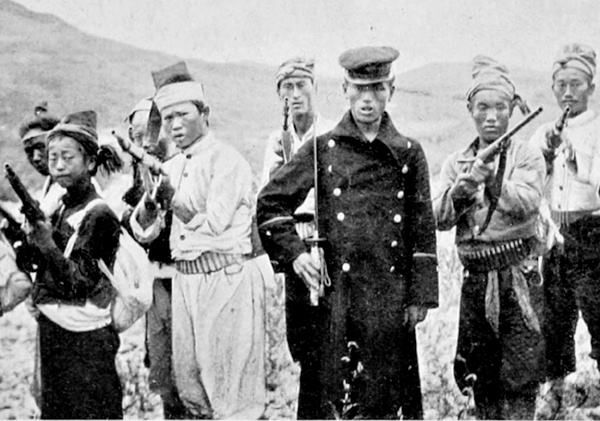 Last week, I visited New York. The 13-hour flight from Incheon to John F. Kennedy Airport and the 13-hour time difference always test the limits of my patience. I tried all possible positions, but the flight was too long and the seat too uncomfortable. The only way to get through the flight was to read a book. Depending on what book you choose, you can turn the flight into valuable reading time.

One time I read, “Korea’s Fight for Freedom” by Frederick Arthur McKenzie. The Canadian reporter, originally from Scotland, wrote the book in 1920. In celebration of the 95th anniversary of the March 1st Independence Movement, the Ministry of Patriots and Veterans Affairs awarded him an independence medal. As a traveling correspondent in the Far East for the Daily Mail, McKenzie covered the Russo-Japanese War, Korean volunteer forces and the March 1 Independence Movement, and he denounced the cruelty of Imperial Japan. He is the one who took the photos that never fail to appear in Korean textbooks related to the anti-Japanese movement

His best-known book is “Tragedy of Korea,” but “Korea’s Fight for Freedom” - published the year after the March 1 movement - is also significant. I downloaded the book on my tablet and spent the 13 hours time-traveling back to the period. The Korean edition was published long ago, but both books are available for free online in English and provide great sources for learning both history and English.

McKenzie first introduces the process of the Korean Empire’s sovereignty being violated by Japan as powerful countries contested with one another. He then discusses the resistance of the Koreans, how the March 1 movement developed and the merciless suppression by Japan. He cites testimony of victims to describe tortures by the Japanese police and soldiers. They were beaten with bamboo sticks and iron rods, and girls were stripped and burned. They were beaten until they lost consciousness. He also wrote that when he showed his American friend a photo of a Korean who died of torture, the friend had nightmares for days.

McKenzie condemns Japan’s colonial management method of forcefully assimilating Koreans as fundamentally wrong. He wrote that Koreans were not inferior people. Throughout the book, he describes Korea’s cultural tradition and outstanding talents. He was surprised by how quickly young Koreans acquired Western knowledge, and he praised their ability to adapt. He also denounced Japan’s violent response to the peaceful protests of the March 1 movement based on nonviolence and nonresistance.

As I turned off the tablet and arrived at New York, JFK Airport seemed unfamiliar. It is not just because I have grown accustomed to Incheon International Airport, which was selected as the top airport in the world for nine consecutive years. Traffic was jammed on the highway into Manhattan due to construction. Huge black trash bags were left on the side of the road. The skyscrapers in Manhattan have grown old and lost their shine. Prices in New York were deadly. In addition, the lines at the cashiers moved slowly. The stores did not bring in more cashiers for the busier part of the day. The cash register was not working properly, and the cashier was unskilled.

In 1905, when Japan signed the Eulsa Treaty that deprived the Korean Empire of its diplomatic sovereignty, Theodore Roosevelt was the president of the United States. Emperor Gojong sent American missionary and educator Homer Hulbert to Washington to deliver a letter explaining why the Eulsa Treaty was invalid and asking for mediation. But Roosevelt turned it down. He had a prejudice that Korean people were barbaric and lacked the ability to rule themselves. Later, he said that it was only natural for another country to do what Koreans couldn’t do on their own.

The United States is no longer the America of the past. Its power has declined so much that it needs to check on China by approving Japan’s right to self-defense. So Japan pursues rearmament without repenting its faults of the past.

McKenzie once wrote: “When you ask me if I would risk a war over Korea, I answer this: Firm action today might provoke conflict, but the risk is very small. Act weakly now, however, and you make a great war in the Far East almost certain within a generation. The main burden of the Western nations in such a war will be borne by America.”

McKenzie’s warning turned out to be true with the Pacific theater of World War II. Is his warning still valid?