Demand for small appliances on rise

Demand for small appliances on rise 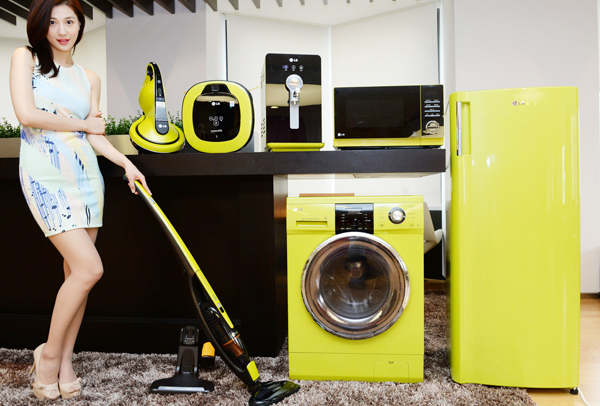 As the number of single households expands, more companies are rolling out premium home electronic appliances in response to reported increases in consumer demand.

LG said that, prior to the development of the new products, it assessed consumers’ lifestyle habits and concluded that demand for sleek, small home appliances was steadily growing and diversifying, while most home products were actually getting bigger.

Reflecting customer preferences in its survey, it sought to set apart the Comangs products from existing items, rebranding them with three different designs: luxury lime, luxury shine and luxury white.

“Through the Comangs Collection, which is optimized for our customers’ lifestyles, LG Electronics will create new demand and revolutionize the existing small-appliances market,” said Choi Sang-gyu, head of Korea sales and marketing at LG Electronics.

With the number of single-person households steadily increasing, Statistics Korea estimates that they will reach 32.7 percent by 2030. The Korea Industrial Economic Association also predicted that the spending capacity of single-person households will double from 60 trillion won ($57.6 billion won) in 2010 to 120 trillion won in 2020. And with wedding season fast approaching, businesses hope the rise in newlywed households will boost sales of their new products.

“Demand for premium, small home appliances is steadily growing, so we haven’t needed to conduct any special marketing campaigns. Instead of marketing strategies, we’re focusing on the quality of the products to improve competitiveness,” an LG Electronics spokesman said.

Philips, which mainly concentrates on small home appliances, and Electrolux Korea, which launched a line of upscale vacuum cleaners, also recorded increases in revenue last year despite a sluggish economy.

Based on these figures, industry insiders speculate that demand for premium small home appliances won’t wane just yet. “Single-person households are increasing so much faster than in the U.S. and Japan, so the industries for single households will grow rapidly together,” a market analyst at a local securities company said.