g.o.d. to reform with or without Yoon Kye-sang

g.o.d. to reform with or without Yoon Kye-sang 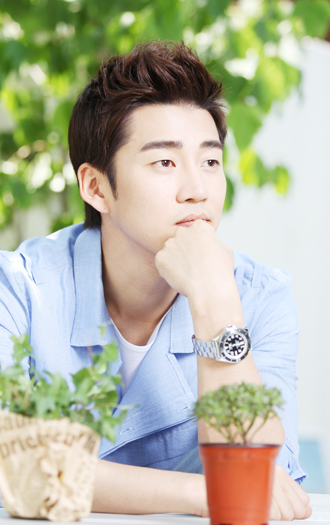 Amid rising rumors, Yoon Kye-sang, a former member of g.o.d., said that he is “positively considering” taking part in the ’90s idol group’s comeback project.

Since the start of the year, which marks the 15th anniversary of g.o.d.’s debut, industry insiders have been talking about the group’s return.
“It’s true that we have been discussing about the special album. But as Kye-sang has been away from the stage for the past few years, we should still have more things to talk about, including the recording schedule arrangement,” said Yoon’s agency, Saram Entertainment, yesterday to local media.

After spending six years in the boy band, Yoon Kye-sang left the group in November 2004 and has concentrated on his acting career. But some g.o.d. fans were unhappy with his decision because many wanted Yoon to continue the group’s journey with the rest of the members.
In 2012, Yoon Kye-sang invited the four members, Kim Tae-woo, Son Ho-young, Danny Ahn and Jun Park, on a cooking channel TV show, where he hosted a small party for them. Their reunion gained huge attention from the media as it was the first time for them to meet in public for eight years.

“Thanks to the show, Yoon and other members have moved on from their past drama, and have been hanging out together often,” added the agency.

However, a detailed schedule for the comeback has not been confirmed. Local media speculate that Yoon will be joining the team as soon as he finishes his current drama series, “Beyond the Clouds,”