Retired Phelps dives back into competition

Retired Phelps dives back into competition 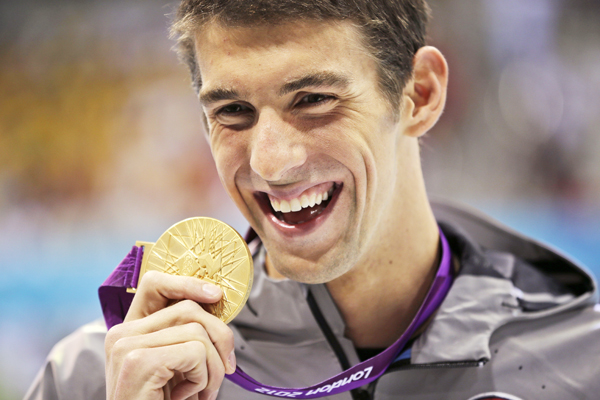 Michael Phelps, the most decorated Olympian ever, is coming out of retirement to swim next week at the Arena Grand Prix in Arizona.

The meet will be his first competitive meet since the 2012 London Olympics, where he won the last of his 18 golds and 22 medals overall - a staggering total no one else comes close to.

The swimmer’s camp is remaining low key about the comeback, refusing even to acknowledge it’s the first step toward competing at the 2016 Rio Games, although everyone knows Phelps wouldn’t be going to all this trouble (drug testing, training five days a week) if he wasn’t preparing for the only meet that really matters.

By taking that approach, Phelps has left himself plenty of wiggle room should his comeback fail to meet his own incredibly high standards. Rest assured, he doesn’t want to wash out like others who came out of retirement, including fellow swimmers Ian Thorpe and Janet Evans. Both attempted to qualify for the London Olympics and didn’t make it past their national trials, a sad epitaph to their brilliant careers.

Phelps’s coach, Bob Bowman, insisted nothing can take away from Phelps’s impact on the sport, no matter what happens over the next week or month or two years.

“His legacy is sealed,’’ Bowman told The Associated Press on Monday.

It should help that Phelps is planning to swim less-strenuous races and fewer events than he did in his prime.

And he’s still only 28, far from over the hill as an athlete.

“He wouldn’t be doing this if he didn’t think he could do it,’’ said Dara Torres, who pulled off numerous comebacks and won three silver medals at the 2008 Beijing Olympics at age 41.

Phelps will forever be linked to his remarkable performance in Beijing, where he won eight gold medals (five individual, three relays) to break Mark Spitz’s iconic Olympic record. Only 11 other athletes have won as many gold medals in their careers as Phelps won during that magical week in China. For good measure, he set or was part of seven world records. The only time he missed out might have been his most impressive triumph - rallying to beat Milorad Cavic by one-hundredth of a second in the 100-meter butterfly.

Phelps became the first swimmer to set world records in two different events on the same day at the 2003 world championships in Barcelona. He took down the mark in the 100-meter butterfly during a semifinal heat and smashed his own record in the final of the 200 individual medley about an hour later.

After serving a three-month suspension over an embarrassing bong picture and facing doubts about whether he wanted to keep competing, Phelps returned for his fourth Olympics in 2012.

He swam seven events - one less than in 2004 and 2008 - and started out with a disappointing fourth-place finish in the 400 IM. He bounced back to win four golds and two silvers, smashing Soviet gymnast Larisa Latynina’s record of 18 career medals.