Persistence is the key to reform

Persistence is the key to reform 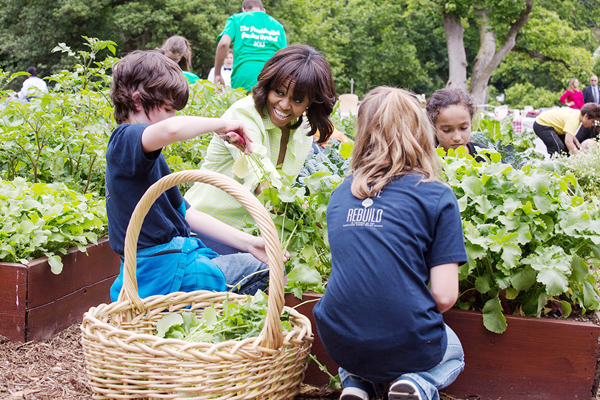 First lady Michelle Obama emphasized freedom of speech and universal human rights in China, but when she returned to the United States she was faced with some serious resistance at home. Public school students are sending angry messages to her Twitter account, complaining about school meals. “Lunch used to be my favorite subject in school. Thanks, Michelle Obama, for ruining my life,” one sarcastically wrote. They are mostly complaining about the healthy menus, which contain limited amounts of the fat and sugars that please teenagers’ palates, and instead offer a daily dose of fruits and vegetables. Many students don’t finish their meals, and, according to one survey, 12 trillion won ($11.5 billion) worth of food is thrown away each year.

The students are right to blame Michelle Obama for the healthy meals that taste bad. In 2012, the U.S. federal government enacted the Healthy School Meals Act, and she was the one who pushed for the legislation.

And when Obama became the first lady, she set a goal to reduce childhood obesity. Statistics show that 30 percent of American children and young adults are overweight or obese. In 2010, she declared war against childhood obesity and launched the “Let’s Move” campaign. The key is to provide healthier meals and encourage more physical activity. It was only natural that the government began the reform with public school meals.

But Obama was stubborn. It wasn’t just the lunch menu that changed. Starting in September, advertisements for sugary drinks and junk food will be banned in elementary, middle and high schools. She wants to guarantee that there is no place for junk food around children.

Food labeling will change as well. From now on, food labels will use a bigger, bolder font to denote calories and specify the amount of added sugar. Changing food labeling is estimated to cost 2 trillion won, but she is determined to fight against the food industry’s lobbying. Obama is personally involved as well. She not only attends events on childhood obesity, but also makes television appearances to show off her dance moves. Her efforts are paying off. The obesity rate among children between the ages of 2 and 5 has dropped from 14 percent in 2004 to 8 percent in 2012.

To me, the key to Michelle’s success is tenacity. It is not easy to change existing practices and attitudes. These days, no reform can be achieved in a short period of time. When you persuade your opponents and draft the details of reform, you must remain persistent. Whether it is the advancement of the service industry or the globalization of Korean cuisine, we need to keep at it when we are headed in the right direction.

*The author is the New York correspondent of the JoongAng Ilbo