Employment expert has some free advice

Employment expert has some free advice 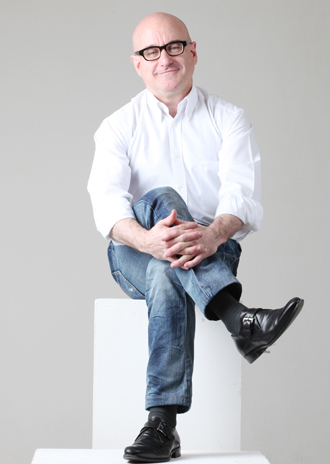 A foreign adviser who shares employment and management insights with both corporate executives and job seekers, says young Koreans should take more time to get to know themselves and select the right career path. They should be willing to take risks instead of feeling impatient and succumbing to pressure from friends, family and society.

Simon Bureau is the founder and CEO of Vectis Corporation, a Seoul-based consulting firm for foreign companies hoping to enter the Korean market, and a former chairman of the Canadian Chamber of Commerce in Korea.

Last month, he published a book titled “If You Want to Get a Global Job, Meet Simon” with advice on finding the right job and exploring opportunities with international companies.

“You know, the chaebol companies like Samsung, LG and Hyundai have a new-hire turnover rate of 10 percent,” Bureau says. “Even with all the jealous looks they received from friends when they were hired, they still decide to quit after a year because they are not satisfied with the job tasks.

“Then, they go to smaller companies, somewhere unconventional, because the reality at big companies didn’t fit what they really wanted. Working at those big companies was ‘what they should do,’ while people don’t ask ‘where they want to be.’ ”

Q. You mentioned the “calculated risk” that young people have to try to find the right job that really fits their personality and interests.

A. Like stop-loss order in the stock market. That’s when an investor has a standing order to sell when the stock price reaches a specified level. The intent is to limit one’s losses.
Like this system, you have to set a limit. Of course that’s not easy, but I believe young people nowadays can do it. They should believe in themselves and be proactive in their job search initiatives while waiting for the right job — even small things like starting a blog about career themes that interest you. One should be able to wait until one finds the right job.

You wrote in your book that in order to find the right path, young people should ask questions such as “What do I like to do?” and “What kinds of activities make me happy.” What if the interest areas are too trivial?

It is really a soul-searching process that is different case by case. Even if things are trivial, they could be something related to a job and deeper than you think. I’ll expand on my story.

In my early 20s, I worked at a discount department store selling cameras as side job. It was the job that I liked the most in my entire life, not because I liked cameras or photography. It was a deeper level than that. Even though my customers were twice or even three times my age, I liked listening and asking questions about their needs, and in fact determined them in five to 10 questions. Being able to serve them and the fact that those older well-known people in my small hometown listened to my recommendations brought me a lot of satisfaction. Then I realized helping people was what I liked to do. Now I’m doing the same thing, giving advice to young people through books and giving business consultations to companies. Helping people is what I’m still doing; only the format has changed.

My jobs have all been along the same line of guiding people through decisions. So finding the meaning and fundamental value of what you like to do is really important. A lot of self-understanding takes place in the process.

Your book actually uses questions about passion to guide young people. Many young people in Korea are so accustomed to accepting the status quo that they don’t even know how to ask questions.

That’s critical thinking, a skill to self-question, which is not taught in the Korean education system. Even exams are mostly based on multiple choice questions where there is only one right answer. Korean students will be penalized if they come up with a different answer, even if they have a good explanation for why they did.

What can young people do to stay curious and ask questions?

Steve Jobs said, “Creativity is just connecting things.” The more you know, the more [you can see] things to connect. When Jobs introduced the first Apple computer, the nice fonts wowed the world because all computers had the same standardized fonts. Jobs came up with the idea from his experience with calligraphy a decade earlier, after dropping out of school. He just took [calligraphy] because he was interested in it. He didn’t know he would develop a computer 10 years later.

I tell young people to develop curiosity. Start by reading as much as you can and have some curiosity about other people’s opinions. As you keep reading, things will start popping up in your mind.

I recommend starting very wide. When I was in university, one of the things I always did was to pick up magazines on different topics, from engineering and consumer electronics to humor. Skim through the stack of periodicals, anything. They don’t have to be grand and academic.

Keep absorbing information. That’s how you develop curiosity and interest, just open up your floodgates.