BoA makes her move into acting

BoA makes her move into acting 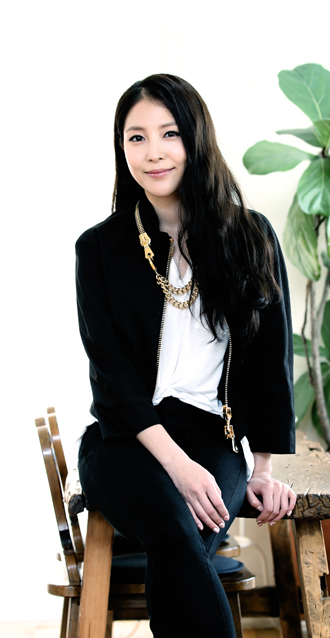 In her Hollywood debut film “Make Your Move,” BoA, 27, acts in Korean, English and Japanese. By Lim Hyun-dong

They say that the Korean Wave is sweeping across the world. For many people in Korea, the term is so overused that they rarely pay attention to it anymore. But if one stops to think about the whole phenomenon, it doesn’t take long before the 27-year-old K-pop icon BoA comes to mind.

Having debuted in August 2000 at age 13, BoA has pioneered the path of Korean pop in the overseas market over the years. In 2002 she became the first Korean singer to top the Oricon music chart of Japan - which a lot of K-pop stars now seem to take for granted.

As her Hollywood debut film “Make Your Move” comes out today in Korea and tomorrow in the United States, the JoongAng Ilbo, an affiliate of the Korea JoongAng Daily, sat down with BoA.

Q. What is the film about?

A. The film follows a Korean-Japanese girl named Aya who moves to New York City to achieve her dream of being a dancer. Aya then somehow picks up a hint of romance with American tap dancer Donny, played by Derek Hough. People ask me if it was difficult to learn new choreography and dance it all through the film, but for me, acting in English was way harder.

How did you first decide to join the film?

I was asked to play in the film back in 2011, when I still did not have any thoughts about starting an acting career. But as the director came to my concert in Japan and asked me about the project, I thought that I could give it a go. And as it was a dance film, I had less pressure.

Being part of a film production was truly an exciting experience because everything was about cooperating with each other to fulfill a common goal. Nothing could be done at the individual level. Thus it actually motivated me a lot, since I’ve worked as a solo artist over the years.

Tell me about your character in the film.

Well, Aya was first described as a Japanese girl, but as soon as I joined the film the production team modified it to Korean-Japanese. In fact, the director decided to shoot this film after watching a performance of the New York City-based Japanese dance team Cobu. As they dance to the Japanese traditional drum, it was essential for the main character to be of Japanese descent.

Do you think you are similar to Aya’s character?

Yes. Aya and I both are quite independent girls, and we love dance, apparently. Also, as I have spent quite a lot of time in Japan, I could relate to Aya more than anybody else. And we both have older brothers who we are very close to.

In the film, Aya says she doesn’t want a guy to control her. Do you think so too?

Definitely not [laughs]. To be honest, I want my boyfriend to control me and hold the upper hand in the relationship.

How can you compare dancing as Aya in the film to dancing on stage as BoA?

I have been a solo artist for about 14 years, so it’s kind of awkward to dance with someone else. And when that other person is a guy, it gets worse. When I first joined the film, I freaked out when Derek touched me in the dance moves. It took weeks for me to adapt to the situation [laughs]. Dancing in the film was a whole different experience since I had to convey the feelings of my character through dancing. Even when I was shooting the same scene, I could act differently depending on how I perceived Aya and Donny’s emotions. Now that I’ve tried so many different moves with Derek, I think I could dance to anything with him.

Did you think about singing in the film?

No. I did not want my image as a singer to be confused with Aya’s character, and I said so to the production team.

From last year’s KBS special drama series “Waiting for Love,” you seem to be focusing on your acting career at the moment. How’s your next film, “Big Match,” going?

“Big Match” is an action film, and I play the villain, going up against actor Lee Jung-jae in the story. It was fun to put on special makeup and fight against male characters.

Do you feel any pressure as an iconic figure in the Korean entertainment scene?

I think I was lucky to have achieved all those accomplishments as a singer. As an actress, I’ve only started my first steps, so I try not to put too much pressure on myself.