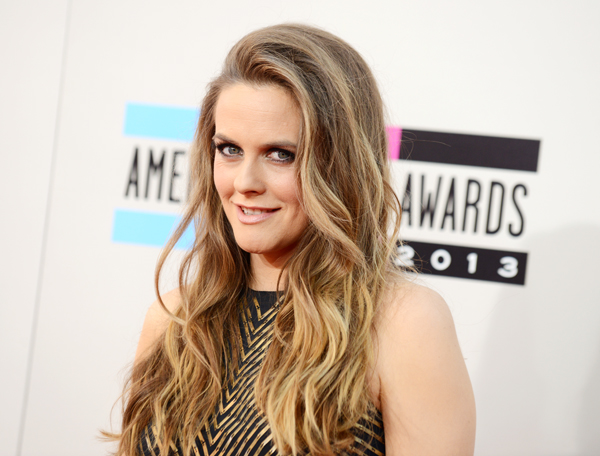 NEW YORK - She’s famous as an actress for “Clueless.” But Alicia Silverstone is also famous for her sometimes controversial ideas about mothering, and now she’s put those philosophies down in writing in a just-published book, “The Kind Mama.”

Silverstone, 37, whose son Bear Blu is almost 3, says she had a wonderful pregnancy and wants other women to feel as good as she did.

“I knew there was another way and it would be a more enjoyable, lovely way,” said Silverstone in a recent interview. “So I started talking to doctors and medical experts, doing tons of research and found that there was so much support for this way. I wanted to make a guide for women so they could have that experience that they deserved to have.”

As a vegan, Silverstone advocates a plant-based diet over meat and dairy. “When you take plants as your medicine and you use these nourishing miracles to truly get well, everything’s easier,” she said, adding, “You get to have happy, healthy mommas and babies and when mommy feels good, everybody feels good. And when babies feel good they act really well. They’re not uncomfortable and just struggling to process everything that’s being done to them. They feel amazing and they thrive.”

She also recommends a lying-in period after birth, where a mother can bond with her baby. Silverstone says she took 10 days after birth to stay in bed with her son.

Silverstone has made a few headlines in the past for advocating practices that are somewhat out of the mainstream: After giving birth, she ate pills made from the placenta, and in 2012, she aired a video of herself practicing pre-mastication - pre-chewing food for her baby and spitting it in his mouth.

“This is very naive,” she said, laughing over the video’s hoopla, “but I was surprised that anybody paid attention. I posted it online in my little community and in my mind, in my little community, we’re all minding our own business. .?.?. I’m glad to hear that people really want to know what’s going on at The Kind Life,” which is the name of her website.

One chapter of her book is devoted to “The Family Bed,” having babies sleep in the same bed with parents, which Silverstone says offers “many benefits.”

The American Academy of Pediatrics, however, advises against co-sleeping because of the risk of babies accidentally being suffocated by a sleeping adult. Milwaukee recently launched a public education campaign against the practice after 12 babies died in what officials deemed “unsafe sleeping conditions.”

Silverstone is aware of her critics on various issues, and addresses them throughout the book in an “it’s cool if others disagree” kind of way.

“Everything that’s in the book is there to show you why you might want to consider it but never to say you have to choose it, always just to give you information and show you that if you don’t choose that, that’s totally fine,” she said.

Silverstone also says that what women eat in pregnancy “sets up the taste buds for your children’s lives .?.?. Not that those things can’t be broken or changed, but you’re certainly setting a great foundation for them when you’re eating healing, natural foods.”

She added, “Once they’re old enough and they start seeing these other things, you’ve built the foundation.”

Bear Blu, she says, “loves tofu, beans and green vegetables,” and when he’s tempted by what she considers to be unhealthy food, she has a secret weapon.

“Blueberries are a miracle,” she laughed, adding, “It’s the easiest thing to distract them from anything. It’s candy. So if they never know candy and they only know blueberries, isn’t that a great thing?”