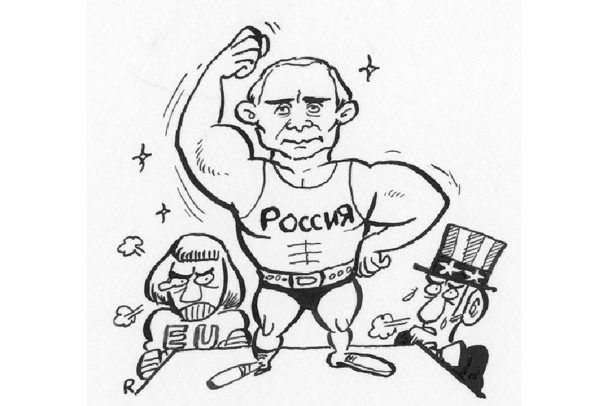 With more than an 80 percent approval rating after the Crimean crisis, Russian President Vladimir Putin is gradually turning into a modern czar. Russians are raving about the leader, who is re-enacting the glory of the nation, which has been absent since the dissolution of the former Soviet Union. Now, anyone who wants to hold a protest criticizing Putin should be prepared to be imprisoned. Critical media are shut down, and anti-Putin NGOs are considered “foreign spies.” Just like Putin, undemocratic politicians by Western standards or those with serious flaws and faults in the past increasingly seized power through “democratic” means of election.

Turkish Prime Minister Recep Erdogan of the ruling Justice and Development Party (AKP) recently enjoyed victory in regional elections despite his involvement in various scandals. Hungarian Prime Minister Viktor Orban, who leads the ruling Fidesz Party, received nearly twice the number of votes than the opposition leader and has successfully extended his power for a third term, all while allegedly violating the constitution and dismissing the concerns of his people. Unless an extraordinary event takes place, he will lead Hungary until 2018, for a total of 12 years.

In 2011, voters ousted the Hosni Mubarak regime in the Egyptian revolution, but they once again chose military rule by voting for General Abdel Fattah el-Sisi. President Nursultan Nazarbayev has been leading Kazakhstan for 23 years since his inauguration in 2011. He attempted to eliminate the election system and become a lifetime president, but the plan was ruled unconstitutional. He was re-elected in the 2011 presidential election with an overwhelming 95.5 percent of the votes. He also wants to extend his term to 2020.

These rightist leaders have strong charisma and do not respect democracy. They opt for a form of democracy, but rule the nation through undemocratic means or are borderline dictators. Internationally, conservatives and rightists are gathering power, and progressives and leftists are losing their support. In France and the Netherlands, extreme rightists are on the rise, and in Japan, a rightist has successfully come into power. Ultra-conservatives are so dominant that even traditional conservatives feel threatened. Upon his victory, Hungary’s Orban said that the biggest enemy he should fight in the future was Jobbik, the radical nationalist party.

The expansion of the far right and conservative swing worldwide reflects the fatigue of globalization. In this globalized era, foreign workers are pouring in, and we have entered an age of infinite competition. Moreover, we are more polarized, and young people who are jobless and have become poorer are growing angry and turning more conservative. They support the leader who proposes a powerful and hopeful vision of the future, despite the risk of dictatorial rule. In every aspect, the world doesn’t seem to be headed for a healthy democratic society that we have been taught we need.