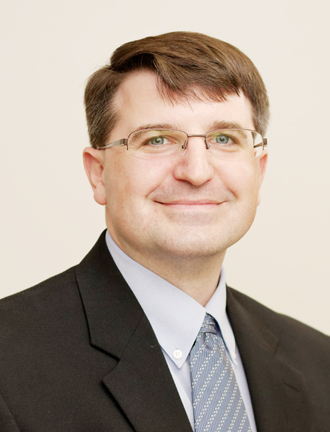 The influx of wearable devices to the tech market is being hailed as the beginning of an era of the Internet of Things. Machine to Machine, although it may sound like jargon to many Koreans, is another way to define a hyper-connected future that is quickly becoming the present, according to a senior analyst at IHS.

M2M refers to the technologies enabling wireless communication between devices attached with sensors. Its usage is rapidly expanding. For instance, it is now used to monitor fixed and mobile assets and take care of utilities through smart-grid infrastructure payments for electricity, gas and water services. Retail payments are also evolving with M2M as are remote health care services, transportation and home security.

“M2M is plumbing,” said Bill Morelli, an associate director at the IT industry research firm in an interview with the Korea JoongAng Daily in Seoul this week. “It is great when it works, but it should not be something you have to think about, or worry about.”

According to Yano Research Institute in Japan, the global M2M market has grown 18.8 percent since 2012 to surpass $14 billion last year. The institute expected the M2M market to grow 15.2 percent over the next several years and surpass $36 billion by 2020.

“For business clients, when we start having conversations, what they are really interested in is building home automation, asset tracking, or industrial automation. They have a specific focus. Then they turn to a conversation about M2M,” Morelli said. “So, I think, for businesses, M2M is increasingly the way they think about IoT.”

Local companies are already jumping on the trend, including SK Telecom, the country’s largest mobile carrier, and Pantech, the country’s third-largest handset maker.

Morelli said Korea has the potential to become a significant M2M hub. The U.K.’s Vodafone opened an M2M sales office in Seoul in September.

“There are a number of very technologically advanced companies,” he said, referring to Samsung Electronics, LG Electronics and Hyundai-Kia Automotive Group. “They have the scale that they are able to push up, not just for Korea, but globally.”

“You also have an enormous asset at your disposal in terms of cyber network you can leverage,” he added.

More people may be getting nervous about an increase in dependence on technology due to its potential negative effects on their lives, such as personal data leaks, Morelli said.

A massive doctors’ rally in Korea last month against the government’s plan to allow telemedicine services such as remote diagnosis, is one part of resistance to the trend, he said. But technology can bring us more benefit than harm, he said, and educating people can help open their eyes.

Korea should have a long-term strategy to deal with the new era of M2M, Morelli said.

“Start looking out - five years, 10 years, 15 years out, and say ‘this is what we need to put in place today, so that five years from now we can start the next phase of this,’?” he said.