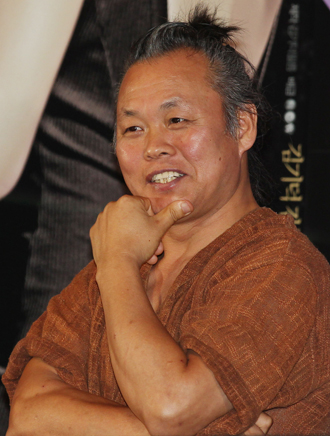 Korean film director Kim Ki-duk’s new movie “One on One” has received an R-rating from the Korea Media Rating Board (KMRB), according to local media yesterday.

“Regarding the images, it included heavily violent content throughout the whole film,” said an official from KMRB, explaining why they prohibit people under 18 from seeing the movie.

“Other criteria such as nudity, subject matter, horror and risk of imitation also contained harmful content.”

The film is about “people who are dissatisfied with the country carrying out a kidnapping plan and take revenge toward the people who reign over them,” according to KMRB.

Actors Ma Dong-suk and Lee Yi-kyung will star in the film. Its release date hasn’t been decided yet.

Meanwhile, Kim’s latest movie “Moebius” had difficulty passing the rating system because it contains controversial incest scenes. It received an R-rating after director Kim cut out two minutes and 30 seconds from the original version.