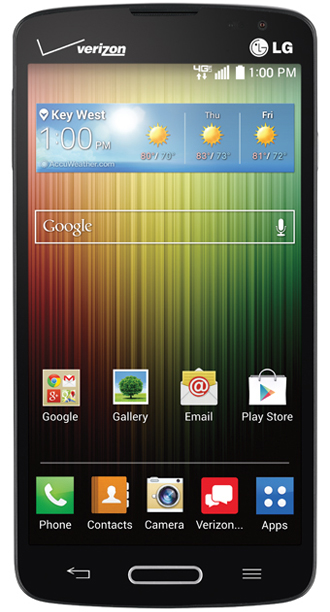 LG Electronics released its mid-range smartphone the Lucid 3 in the United States on Thursday, the company said yesterday.

The Lucid 3 is the latest model in LG’s mid-end F-Series that began to be introduced early last year. It features a 4.7-inch LCD display, 1.2 gigahertz quad-core processor, five million pixel camera and a 2,440 milliampere-hour battery. It runs on 4.4 KitKat and has a storage capacity of eight gigabytes.

The Lucid 3 also comes with Knock Code, which LG is promoting as its signature user interface. The function, introduced first in February on the company’s premium G Pro 2 smartphone, divides the screen into four rectangular areas and designates a number to each rectangle. To unlock the phone, the user taps the rectangles in a preset order.

“Through the release of Lucid 3, we will provide LTE smartphone consumers in the United States with our distinctive user experience, Knock Code, and will actively make forays into the LTE market in the U.S.,” said Park Jong-seok, LG Electronics’ head of mobile communications.