From rookie to standout star

From rookie to standout star 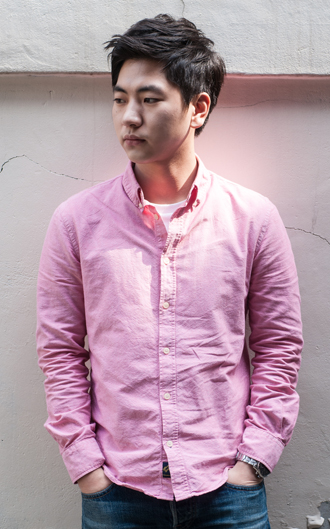 Perhaps one of the most abhorrent characters in the recently released thriller “Broken” is that of Jo Doo-sik, a teenage serial rapist with no remorse who videotapes his crimes to make money.

The character is a challenging one for an actor as young as 24, though rookie Lee Joo-seung managed to pull it off without being entirely repulsive. His performance has also upped anticipation for his upcoming film “Shuttlecock,” set for release April 24, which tells the story of Min-jae and his search for his half-sister after their parents’ deaths.

“I saved up so much energy [while serving in the military]. I’m ready to be busy,” Lee recently told the JoongAng Ilbo.

Q. How do you feel about appearing in a large-scale, commercial movie for the first time?

A. I wasn’t aware of that fact when I was filming, but it hit me hard at the VIP screenings. There were so many people invited in the audience that I suddenly realized it would be shown to a much wider range of viewers, unlike my previous films.

How do you feel about the character Jo Doo-sik?

He is completely blind to the atrocities he is committing. He wasn’t taught [right from wrong] or the consequences of his actions. Until now, it was hard even for me to get a hold of who Jo Doo-sik really is. In that sense, I filmed every scene four or five different ways to reflect the complexity of the character and trusted the director to arrange them well. For example, in one scene, [Jo Doo-sik] is laughing like a madman, and in another he is a hideous psychopath.

Were you stressed out during the filming process?

When I did scenes with the senior actors, I was extremely stressed out. Because I performed different versions of the same scene, shooting time was prolonged.

Did you have trouble getting along with actor Jung Jae-young, who played the father of the victim?

He is such good person in informal gatherings. But once the shooting starts, I couldn’t even say hello to him because of his charisma. There was a time when he got so immersed in the scene that he threw a gun, which was one of the props, at my foot right after the fight scene finished.

How did you come up with time to film “Broken” and “Shuttlecock” just after finishing your military service?

While I was shooting “Shuttlecock,” I auditioned for “Broken.” One time, they ordered me to act spontaneously after slapping me across the cheek.

Were you good at those spontaneous acts?

I think high school students are best at reacting instantly and dynamically. So in that way, I thought I was at a disadvantage because there were a lot of actual high school students who auditioned for the film. The director told me, ‘You act the best, but you don’t look like a high school student.’ So after that, I practiced table tennis and badminton because I heard they’re good for shortening reaction time. But to tell you the truth, it didn’t help at all. [laughs]