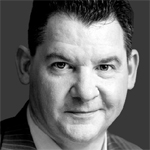 “The Power of 49”: That’s how Indian activists have started describing the potential influence of women, who make up just under 50 percent of the population, in the country’s ongoing elections. Political parties are courting women for the first time as a bloc, a transformative force that could upend both caste-based voting patterns and the conventional wisdom in New Delhi if they cast their ballots along gender lines.

Unfortunately, campaign pledges on women’s issues and advertising blitzes targeting their support add up to more hype than reality. Sure, India’s dominant parties - Rahul Gandhi’s Indian National Congress party and Narendra Modi’s Bharatiya Janata Party - increased references to women in their 2014 election manifestos, compared to 2009. Both pledge to push through a long-stymied bill that guarantees a third of Lower House seats to women. (Women currently make up 11 percent of the body.) India’s newest political force, Arvind Kejriwal’s Aam Aadmi Party, says women’s safety is the “biggest issue” in India, after a series of brutal gang rapes made for ugly headlines around the globe.

Upon closer inspection, though, things look far less encouraging. Just last week, front-runner Modi unapologetically admitted that he had been married for more than four decades to a woman he’d abandoned (amicably, both say) while she was still a teenager. The head of a regional party in India’s most populous state called for the repeal of an anti-rape law because “boys make mistakes.” One of the most powerful state ministers - a woman - promises free blenders and wedding gold to lure female votes.

It’s quite the election-year paradox. At a time when India’s political class should be addressing and harnessing a demographic that is more educated, literate and engaged than ever before, traditional politicians seem mystified by the task. Treating women like some amorphous vote bank and luring them with freebies hardly seems like the best India should be able to do in 2014.

What do Indian women really want? The budding “Womanifesto” movement is raising its voice, and its fist, to present India’s biggest parties with a multipoint plan. This Indian take on the “womenomics” movements afoot in Japan and elsewhere in Asia is promoting female empowerment through access to education; more women in positions of power; swift justice in gender crimes; better policing; and improved social mobility so girls born into poverty today can have a brighter tomorrow.

Is any of this likely to emerge from this election? I don’t see it. Far more importantly, neither does Karuna Nundy, a Supreme Court lawyer and co-author of the Womanifesto plan, who says that what she’s heard from candidates so far is “vague” and “very thin.” Nundy has won the support of Kejriwal’s “Common Man” party. But the real prize would be to get the poll-leading BJP to commit to specific pro-women policies.

Sexism is a serious headwind for India. In its 2013 gender-equality report, the World Economic Forum ranked India 101st - after Cameroon, Azerbaijan and Indonesia and far behind 69th-place China. I asked Jane Horan, author of “How Asian Women Lead,” about all this. “It’s all about the sheer numbers and what this giant, powerful demographic shift says about where India is heading,” she said. “You have an amazing talent pool there. Why not use it?”

Unlike the U.S., India has had female leaders - former Prime Minister Indira Gandhi and her Italian-born daughter-in-law Sonia Gandhi among them. Three regional female powerbrokers will hold great sway over whether Modi ultimately gets to lead India’s 1.2 billion people. These women - Mamata Banerjee, J. Jayalalithaa and Mayawati (who goes by one name) - have slammed Modi on the campaign trail. From PepsiCo Inc.’s Indra Nooyi to ICICI Bank Ltd.’s Chanda Kochhar, the nation has enough female corporate titans to put Japan and South Korea to shame.

But in average life, Indian women still play a subordinate role, with less education and nutrition and fewer opportunities and protections than men. I’m still shocked by a United Nations Children’s Fund poll in 2012 that found 57 percent of Indian men aged 15 to 19 thought wife beating was OK. The ideology of Hindutva, in which women are often portrayed as Westernized temptresses, may intensify if Modi prevails. Also, hostility toward women often begins in the womb. A societal preference for boys and a giant sex-selection abortion industry keeps untold millions of girls from being born. Economist Amartya Sen famously calls them “missing women.”

For Indian politicians, the search is for missing female voters. But women aren’t props to be exploited for short-term political gain, and it’s time India’s overwhelmingly male leaders understood that. As they grow more powerful and organized, the 49 percent won’t be voting how their fathers and husbands do. They’ll be tossing out leaders who fail to understand their true needs and aspirations - and their power.