Taking care of the survivors

Taking care of the survivors 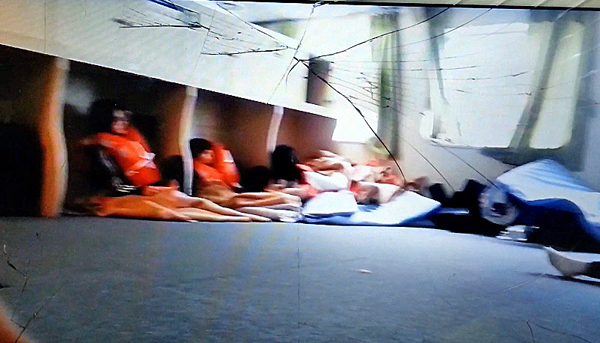 “I know of course; it’s simply luck. That I’ve survived so many friends. But last night in a dream, I heard those friends say of me: ‘Survival of the fittest.’ And I hated myself.” (“I, the Survivor” by Bertolt Brecht.)

In 1933, German poet and writer Brecht left Germany to avoid Nazi persecution. During his 10 years in exile, many of his friends were killed in the Holocaust. He survived and later went to the United States, but news of his friends and family members’ deaths continued. His poem “I, the Survivor” is about survivor’s guilt.

Survivor’s guilt, or survivor syndrome, was first identified in the 1960s in studies on Holocaust survivors. “My children died, but I survived.” “I helplessly watched my friends being killed.” “I turned away from a woman who was being raped.” “My mother was taken by German officers, and I never saw her again.” The survivors of the Holocaust struggled from an extreme form of guilt and depression and let themselves suffer instead of feeling sympathetic. Similar conditions are found in survivors of natural disasters, epidemics, sexual assault or large-scale restructuring.

Judith Herman discusses “chronic trauma” in her book, “Trauma and Recovery.” The survivors are subject to prolonged, repeated trauma and are aware that it could happen again. The stress and anxiety gradually reduce their mental health.

On April 18, Kang Min-gyu, vice principal of Danwon High School who survived the Sewol ferry incident, killed himself. He had escaped from the ferry before it sank. The tragedy left 250 of 325 students missing or dead. Out of 14 teachers, only three survived. Kang was in charge of the field trip, but he was helpless. Some mentioned the moral responsibility of the vice principal. He was exposed to trauma and knew it would continue to haunt him.

“In an effort to control her rage, the survivor may withdraw even further from other people, thus perpetuating her isolation. Finally, the survivor may direct her rage and hatred against herself.... Studies of returned prisoners of war consistently document increased mortality as a result of homicide, suicide and suspicious accidents. (“Trauma and Recovery” by Judith Herman.)

Only some people who experienced the accident survived. A miracle could happen, so the rescue operation must continue. But, at the same time, we have to care for the survivors. We should take care of them as they may be left alone amid unreasonable criticism and self-abuse. We have already lost a survivor. Survivor’s guilt can last a long time so long-term attention and care should be provided.