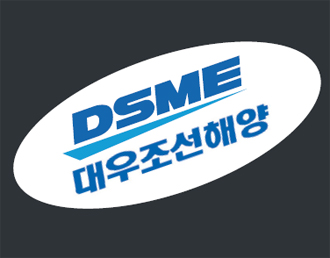 All 59 executives of Daewoo Shipbuilding and Marine Engineering (DSME) submitted letters of resignation in October, immediately after it was revealed that the company was involved in a multi-billion won bribe scandal.

But according to a recent JoongAng Ilbo investigation, a majority of the 59 who reportedly “resigned” are still employed by the company and some have even been promoted in the past six months. Only one person was actually fired. JoongAng Ilbo found about it after studying about 10 business reports from DSME and its affiliates.

Public suspicions arose that what should have been large-scale restructuring was only a show.

The company was accused of having taken bribes from shipbuilding material suppliers for years. The DSME was embroiled in controversy and accusations that it bullied its suppliers. More than 20 executives and employees were found to have received bribes of about 3 billion won ($2.9 million) from their suppliers over the years. The case was brought to court and some of them were found guilty this year.

As public sentiment worsened, all 59 executives who rank higher than executive director submitted their resignation letters on Oct. 24.

Ten executives stepped down from their positions on the last day of 2013, according to the company. The company said it would hugely affect the company to lose about one sixth of its executive group.

In fact, these numbers the company provided are a trick.

Two former executive directors, surnamed Jeong and Lee, both in their late 50s, were undergoing investigations and were supposed to be removed. Records showed that in reality, the two left DSME via advised resignation, meaning they receive full severance pay.

All of these smaller companies are affiliates of DSME.

The DSME has a retirement age of 58 for managing director positions and above. Despite the company’s initial announcement that its executives who received bribes would undergo inquiries and would not keep their jobs, only Lee, the former managing director of the accommodation division, was removed.

Early this year, the DSME promoted 13 executives, eight of whom were new to the board. The company didn’t make the list public, but included it in its business report.

Last year’s resignations were much smaller than the company’s usual executive-layoffs of about five people a year, leading some within the company to say that the layoff was a stopgap measure.

“There was so much gossip internally because at first we expected that the reshuffle was going to be pretty drastic, but it eventually turned out to be the opposite,” said an executive who requested anonymity. “Now, we have been ordered not to talk about this.”

Corruption has been exposed at DSME almost on a yearly basis since 2000. Former owner Daewoo Group went bankrupt and entered a walk-out, while state-run Korea Development Bank (KDB) converted the DSME’s 2.9 trillion won debt into equity to become the top shareholder.

A former president faced allegations in 2010 that he lobbied for a politician of the former administration with a secret fund, which he collected by overstating prices to suppliers, and asked for a favor in exchange for continuing another term.

Despite the ongoing scandals, executives have not been affected whatsoever. It has actually become easier for them to keep jobs by moving to affiliates because DSME has expanded to operate 42 affiliates including food services and golf course businesses.

In addition, the affiliates invite former military admirals and former high-level National Intelligence Service officials to come on as full-time advisers, giving them an annual salary of more than 100 million won and other benefits such as free offices, cars and corporate credit cards. These policies are non-existent in DSME’s competitors such as Hyundai Heavy Industries and Samsung Heavy Industries.

Meanwhile, the company’s biggest shareholder, KDB, has never been audited. Instead, the bank maintains a tradition of appointing its employees as executives at DSME affiliates. Cho Hak-je, also a former KDB employee, was appointed an auditor at DSEC just last month.

“This is the resulting moral hazard which occurs at a company that doesn’t belong to anyone and no one knows when it is going to be sold off,” said Sung Sang-hyun, a professor of Dongguk University Business School.