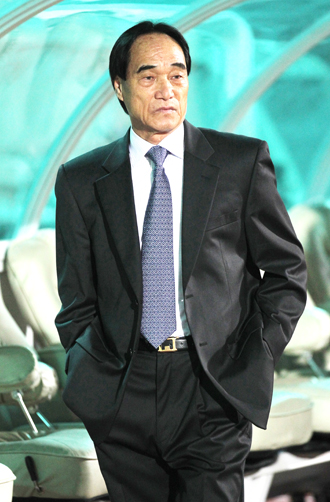 Four months after returning to the K-League, Coach Park Jong-hwan of Seongnam FC resigned yesterday in the wake of accusations that he assaulted two players during a scrimmage last week.

Seongnam FC said the 76-year-old stepped down to accept responsibility.

The incident was first revealed Thursday in an anonymous message posted on the club’s website saying that Park punched midfielder Kim Sung-jun, 26, and rookie Kim Nam-gun, 24, in the face several times at halftime during a scrimmage with Sungkyunkwan University last Wednesday at Seongnam Sports Complex.

“I decided to resign from the post because I’m not guilty,” Park said. “Everything I did to the players was because I love the team and players, and the media outlets and fans started creating negative stories about me. I have had enough of dealing with such things, therefore I step down.”

Last week, Park denied the allegation, saying, “I just flicked their forehead to encourage them. People would know if I really punched them or not if they see their faces for a few seconds.”

Then in an interview late last week, however, Park changed his story, saying, “I slapped the rookie’s face.”

The two players participated in the team’s practice on Thursday and there were no visible bruises. But when media outlets interviewed them afterward, a series of conflicting accounts came out.

One player said Park never hit them, but others said, “The message is correct. Park slapped their faces a few times.” The players requested anonymity.

Seongnam FC officials said they spoke with players and Park separately and determined there was some truth to the story. “Park admitted that he made some sort of physical contact with the two players, but he said he never punched their face like the message on the website said. But since there are rules, we will punish him in accordance with our internal regulations.”

However, the club neither defended the coach nor punished him as criticism intensified for about a week.

“I will explain everything later,” Park said.

Park, who led the Korean national youth team to a fourth-place finish in the 1983 Mexico World Youth Championship, returned to the pitch for the first time in nine years to lead Seongnam FC, a club funded by Seongnam citizens, this season.

The club is in ninth place in the league with a record of two wins, three draws and four losses.