Moyes fired by United after 2-0 loss to Everton

Moyes fired by United after 2-0 loss to Everton 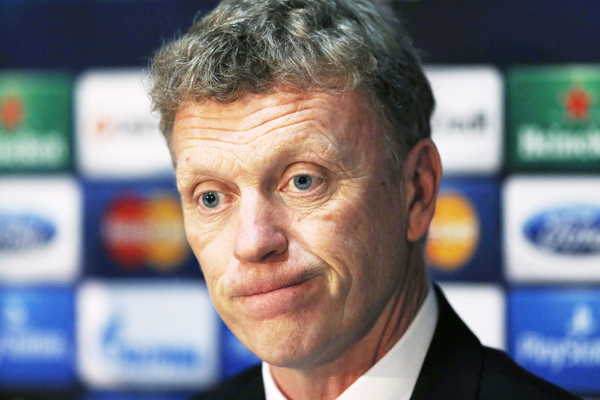 David Moyes was fired as Manchester United manager on Tuesday, paying the price for the club’s spectacular and sudden decline in his 10 months in charge since replacing Alex Ferguson.

United released a brief statement on its website, saying Moyes has left the club and that it “would like to place on record its thanks for the hard work, honesty and integrity he brought to the role.’’ The 50-year-old Scot was removed from his post by vice chairman Ed Woodward during a meeting at United’s training ground in the morning.

There was no initial announcement about who would replace Moyes, although British media was reporting that Ryan Giggs, a club great who was on Moyes’ coaching staff, would take charge on a temporary basis.

Dutch coach Louis van Gaal and Borussia Dortmund coach Juergen Klopp have been linked strongly with the vacancy. Moyes’ position has been in doubt since Sunday, when United lost 2-0 to Everton in the Premier League to ensure England’s biggest club over the last two decades will miss out on Champions League qualification for the first time in 19 years.

It also left United seventh in the league, a season after winning its 20th championship by 11 points, and on course for its lowest league finish since 1990. Moyes was hand-picked as United manager by Ferguson, who ended his 27-year reign at the end of last season after winning the league for his 38th major trophy. He signed a six-year deal at a club famed for preaching the values of stability.

But Moyes has been unable to continue the success of Ferguson, with the team’s domestic form woeful by its high standards. United is 23 points behind leader Liverpool, 13 adrift of the Champions League places, and has slumped to a string of humiliating losses including to fierce rivals Liverpool and Manchester City at home.

United has been defeated a club record 11 times in the league and 10 times in 22 matches in all competitions in 2014.

“There is no disguising that the football this season has been poor, the results have been poor,’’ said former United defender Gary Neville, whose younger brother Phil was an assistant manager to Moyes. “The performances have got worse and worse.’’

The only highlight in Moyes’ tenure was guiding United to the Champions League quarterfinals, where it lost to Bayern Munich, in his first full season of European football. The deposed English champions appear ready to spend considerable sums over the summer to strengthen an aging squad bequeathed to Moyes by Ferguson. But the Glazer family were not willing to trust Moyes to oversee such heavy spending having already paid around 65 million pounds to sign Marouane Fellaini and Juan Mata.