Caught in the act

Caught in the act 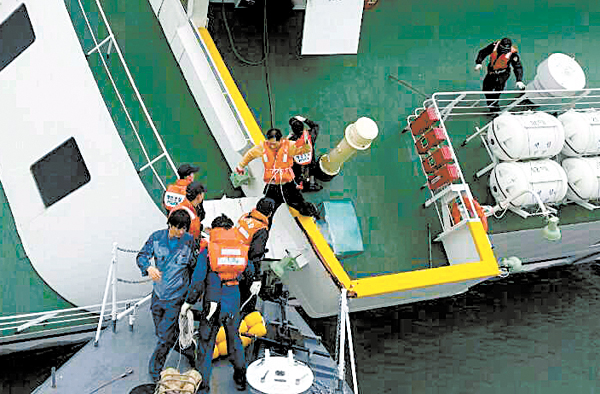 Members of the crew flee from the bridge of the sinking ferry Sewol on April 16, before the 6,825-ton vessel carrying 476 passengers capsized off the southern coast of Jindo, South Jeolla. Ten out of the 29 crew members, including the captain, ended up in the first Coast Guard lifeboat that reached the heavily listing ferry at around 9:30 a.m. They were among the first 80 people rescued. At around 11:20 a.m., the Sewol sank completely. A total of 23 crew members were rescued, two died and four are missing. Provided by the Korea Coast Guard