Keeping the power in the birdcage

Keeping the power in the birdcage 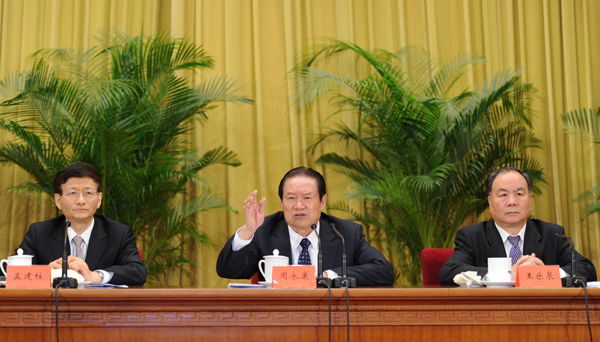 “The best days are over. You would have enjoyed better if you had come earlier,” a Chinese official joked when I first arrived in China as a Beijing correspondent two months ago. He asked for my understanding in replacing a banquet with Maotai and shark fin with a simple meal. He added that after Chinese President Xi Jinping’s new system was launched, the anticorruption campaign to drive out extravagant spending had spread among civil servants.

China is waging a war against graft, and news of corrupt officials and executives being investigated by the Central Commission for Discipline Inspection has become a staple in morning newspapers. Last week, a reporter obtained a photo of a chairman of a state-run company and his mistress in a hotel room and posted it on the Chinese equivalent of Twitter. The vice-ministerial-level chairman was immediately removed from the position and faced the discipline commission investigation.

Xi Jinping is hugely popular in China. He punishes corrupt officials strictly, regardless of their positions. At the same time, he likes to turn up at local dumpling shops and have ordinary meals. So if Chinese people were to elect a president, Xi Jinping would surely be re-elected in a landslide victory.

But not many people believe that the anticorruption campaign will eradicate corruption in China. Instead, people are skeptical that it is yet another power struggle. The underlying political motive may be to control the remnants of the former Jiang Zemin group and reinforce foundational power by using former Politburo Standing Committee member Zhou Yongkang as a scapegoat. Coincidentally, all the high-ranking officials charged with graft are directly and indirectly related to Zhou. A so-called targeted investigation is suspected.

Moreover, the legal process for Zhou has been delayed, fanning suspicions. There are several theories. Jiang Zemin and other elders have put a brake on the inspection, or Zhou Yongkang is threatening to disclose “X-files,” as he had been in charge of public security and law enforcement.

In order to control the resistance against reform, strict investigation is necessary, even if it leads to controversy of targeted probe. Society becomes more transparent in the process. But historical precedence proves that a political campaign or investigation is not enough to eradicate corruption without systematic support. China seems to be contemplating the same concerns. Lately, public servants’ disclosure of their assets is being discussed. At a recent symposium, Chinese scholars said they were looking for a way to keep the power within the birdcage. The day when power is trapped in a birdcage will be the “good days” for which the Chinese people have hoped.