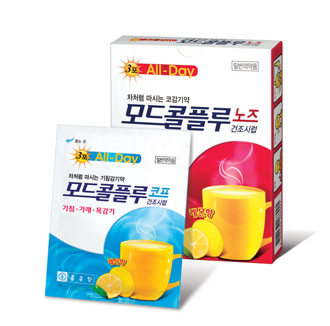 Although spring is finally here, the temperature drop each night can still cause colds.

For those suffering from a virus, local pharmaceutical company Chong Kun Dang introduced two new medicines last month - one for sinus colds and the other for chest colds.

“The Modecol Flu series is different in that, unlike pills, they should be taken by consumers by mixing the cough drop with water, which speeds up absorption in the body,” said an official from Chong Kun Dang.

The official said that people with a cold can take the Modecol remedy that corresponds to their symptoms in the same way as if they were drinking tea or water. They medication is for children and adults.

According to the pharmaceutical company, both drugs contain acetaminophen, which relieves fevers. The Modecol Flu Cough contains an expectorant that helps clear mucus and phlegm.