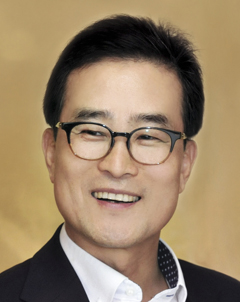 Lee Won-joon, chief executive of Lotte Duty Free, was named president of Lotte Department Store yesterday after Shin Heon resigned following allegations that he received bribes from suppliers when he was in charge of Lotte Homeshopping.

“We have promoted and named [CEO and] Vice President Lee Won-joon [of Lotte Duty Free] as chief executive and president of Lotte Shopping’s department store business,” Lotte Group said in a statement released yesterday. “He will officially be appointed after a temporary shareholders’ meeting and a board meeting are held.”

Lee has been chief executive of Lotte Duty Free since 2012 after working for parts of Lotte Department Store, including products and sales, since 1981. He studied administration at Cheongju University.

“[As chief of Lotte Duty Free], Lee has promoted aggressive marketing, targeting foreign tourists, which has resulted in big business growth,” the conglomerate said. “He has also been aggressive in entering overseas markets like Indonesia and Guam, which allowed Lotte Duty Free to become a global duty-free retailer.

It has also acquired 10-year exclusive operating rights for its business at Guam airport, which were previously held by the world’s largest duty-free company, DFS.

An official from Lotte Duty Free said that a grand opening will be held for the Guam airport store in May or June after its construction is complete.